Dan Bongino: “These Aren’t Hostage Situations Anymore, These Are Massacres” 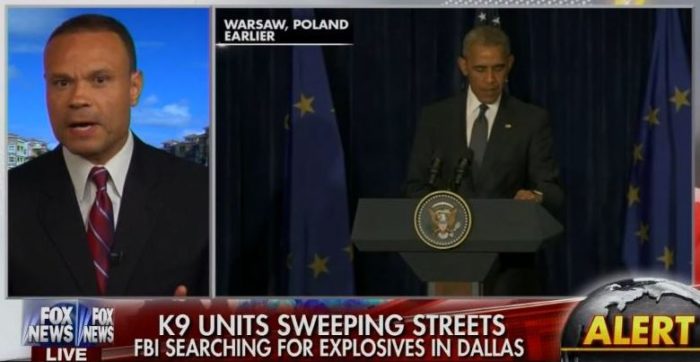 “I’m done with President Obama and frankly so are my law enforcement friends.”

Dan Bongino tears into Obama on his response to the Dallas Sniper Shootout.

“To move the way he did, directly towards the target…indicates some sort of training.” @dbongino #Dallashttps://t.co/2aQgZbY60C

“These aren’t hostage situations anymore, these are massacres.” @dbongino #Dallashttps://t.co/RqyuUzZE9q

The gunfire started Thursday night as demonstrators marched against the shooting deaths of two African-American men by police in Louisiana and Minnesota.

A total of 11 officers were shot, and some of the six officers injured are undergoing surgery, authorities said.

It was the deadliest single attack on law enforcement since the 2001 terror attacks, when 72 officers died, according to the National Law Enforcement Officers Memorial More

Dan Bongino: “These Aren’t Hostage Situations Anymore, These Are Massacres”