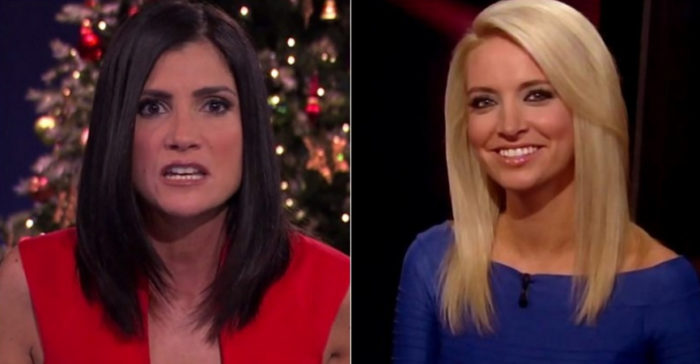 Shame on you Dana, you are a total & complete embarrassment! Who the heck do you think you are? All your credibility just jumped out the window. Someone please take her caffeine or whatever she is taking away from her!

Dana Loesch, known as a Ted Cruz supporter who refuses to ever consider backing Donald Trump, has been on a tirade lately. Recently, she made a huge mistake, calling a Trump supporter names and referring to her as a blond bimbo with a flat chest. Later, the shocking truth would come out, and people are shaking their heads as Dana refuses to make a proper apology.

The Trump supporter is CNN contributor Kayleigh McEnany, who has been recently on television calling for all conservatives to unifying around Donald Trump. Loesch is a “never Trump” person, and she is getting really nasty since Ted Cruz dropped out. Yesterday on her radio program, she trashed Kayleigh.

On Monday, Loesch went off on McEnany on her radio program, mocking her bleach blond hair, pearly teeth and flat chest. While McEnany never hurled any personal insults at Loesch and her pals on CNN Reliable Sources on Sunday, for them, being conservative is deeply personal. [via Daily Caller]

The problem with Loesch making fun Kayleigh’s flat chest is that Kayleigh has had a double mastectomy. More