I hope Chelsea reaches out to her brother with the goodness of her liberal bleeding heart. He seems like a very nice young man.

Everyone is making this much more complicated than it is to find out if he is really Bill’s son or not. You do not need Bill’s DNA you just need anyone’s DNA who is blood-related to Bill. You can do the test on Ancestry.com. Then it’s just a matter of finding a long lost cousin who is willing to spit in a cup or has already been tested. 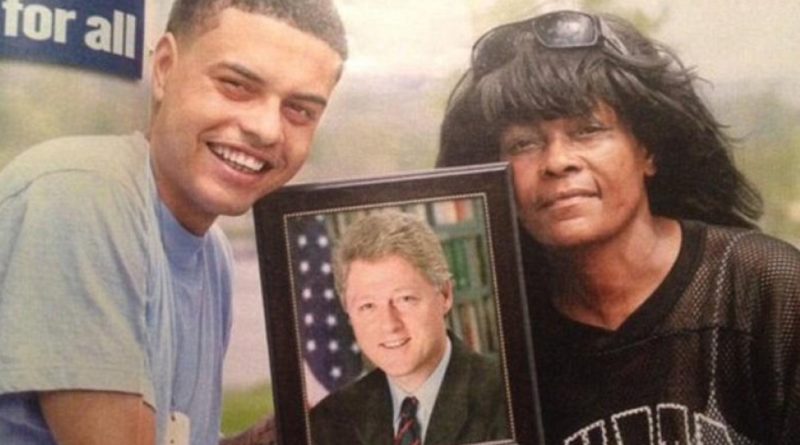 In October Danney Williams made the headline on The Drudge Report—Danney claims he is Bill Clinton’s illegitimate son.

The 27-year-old black man from Arkansas put new pressure on the former President and his wife Hillary.

Danney’s mother, a prostitute who lived in Arkansas in the mid-1980s, claimed she had sex with the Arkansas governor at the time.

In her interview, Bobbie said that Clinton rubbed her belly and said, “Girl, that can’t be my baby.” But I knew it was. I just had this kind of woman’s feeling that this was his child”. (Photo: Twitter)

The liberal media ignored or attacked Danney Williams during the election.

They did not want this story reported.

I’m not looking for sympathy nor welfare, I just wish you didn’t forget about me @billclinton. #BillClintonSon #ClintonKid pic.twitter.com/txNFjfMB5f

Even though you abandoned me and only took care of Chelsea, I still want to thank you for giving me life. Happy Father’s Day @billclinton. pic.twitter.com/EMKla9lPM1

Dem Senator Chris Murphy Outraged: Trump’s Foreign Policy Is “Do The Opposite Of Obama”