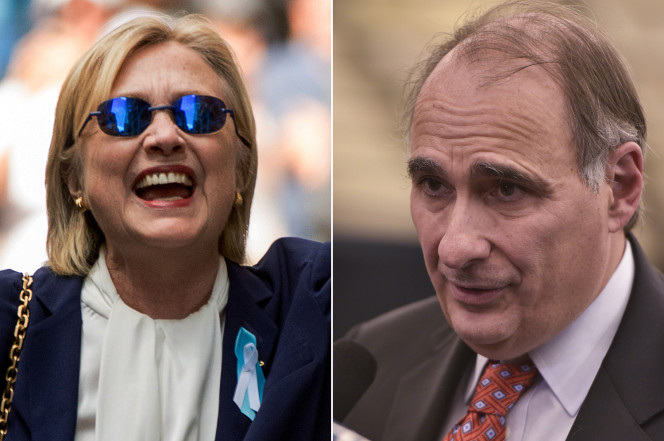 He is absolutely right. Hillary Clinton and her campaign are all about deceit until they get caught and then they have to try and cover their tracks with different stories.

What happens when the architect of Obama’s victory says you’re campaigning wrong? Well, Hillary’s about to find out!

On the list of ‘More Bad News for Hillary’, David Axelrod comments on Hillary’s ‘medical episode’ on Sunday and the way her campaign has been handling her health issues.

Antibiotics can take care of pneumonia. What’s the cure for an unhealthy penchant for privacy that repeatedly creates unnecessary problems?

The Clinton spin machine went into overdrive immediately. They obfuscated all day long. First it was she was a little dehydrated, then it was she overheated. Finally at the end of the day, Her cronies admitted she had been diagnosed with pneumonia on Friday of last week. That admission, of course, led people to wonder why the Clinton machine kept that a secret all day. Even David Axelrod, who ran Barack Obama’s 2008 campaign and worked in the administration, was less than pleased with the way the Clinton machine handled the story.

Axelrod is absolutely right. This isn’t the first instance of the Clinton’s paranoia leading to deceit. In fact, deception is the overarching method by which Bill and Hillary conduct their public lives. It goes all the way back to at least Bill’s time as president, and the “vast right wing conspiracy.”

Compounding the controversy surrounding Clinton’s health is the fact that the press is now angry about it. They ran cover for her over the past weeks as people asked questions about her health. Yesterday, they were caught off guard when in fact those concerns were confirmed to be valid. CR’s Chris Pandolfo has a great round up of media flip flops on the issue.

Clinton has now succeeded in unmasking the media as her campaign shills. While the mainstream media is happy to play that game, they don’t like to be called out for it in such a blatant way. This will undoubtedly change the tenor and tone of coverage of Clinton at the worst possible time for her campaign.
Read more: Conservative Review

The Media (D) is so very committed to the ‘Save Ill-ary’ narrative.

So, who are the conspiracy theorists now?