He is a very vocal supporter of President Donald Trump. Interesting that he gave the scoop to Mark Belling. This is sure to bring the leftists out from under their rocks. 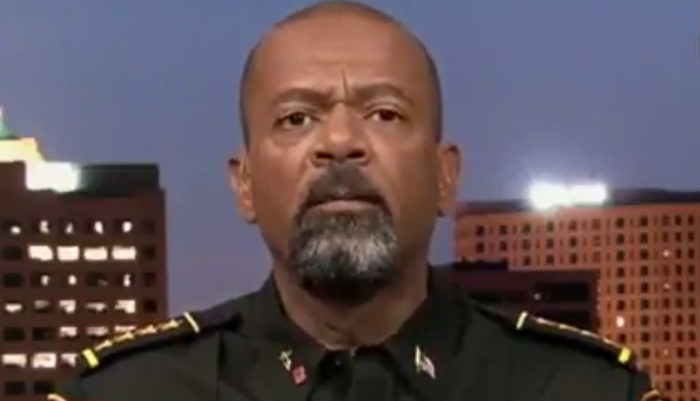 Clarke, who is in his fourth term, submitted a resignation letter to Milwaukee County Clerk George Christenson on Thursday afternoon. The sheriff was attending the convention of the National Fraternal Order of Police in Nashville and could not be reached for comment.

“Pursuant to Wisconsin Statute 17.01, this communication is submitted as the notice of my resignation as Sheriff of Milwaukee County commencing Aug. 31, 2017, at 11:59 p.m.,” stated Clarke’s resignation letter.

The news of the resignation was first reported by conservative talk show host Mark Belling.

The Washington Post reported in mid-June that an adviser to Sheriff Clarke confirmed that he would be withdrawing his name for consideration for a position at the Department of Homeland Security.

Greatest Power in the World? NOT if Biden Has His Way!
The Black Sphere

A Recurring Nightmare About The Next 2 Years
February 6th, 2023 Conservative Firing Line

2 Examples Of How Lawlessness Was Dealt With In The Bible (Video)
February 6th, 2023 Sons of Liberty Media
SHARE