The same guy who just said “Our prayers are with the victims, their families, and the first responders in Manchester” is next going to march with a terrorist.

This is why you can’t trust liberals, they are two-faced total hypocrites.

Is De Blasio going to leave his security detail behind? 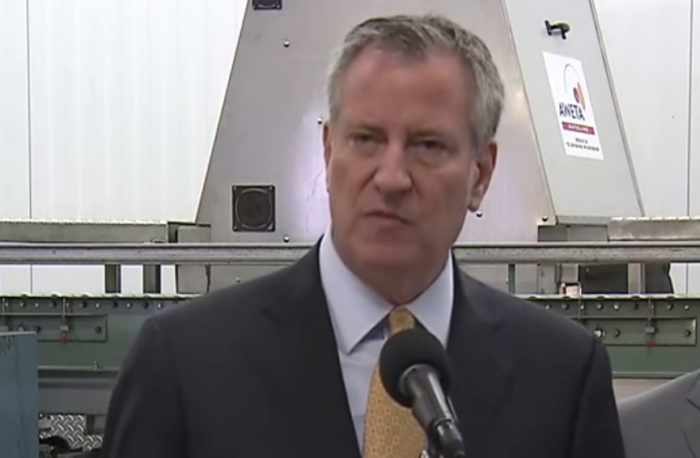 The reason: Guest of honor Oscar López Rivera, hailed by organizers as a “national freedom hero,” is a “terrorist,” the commissioner says. Added O’Neill: “I cannot support a man who is a co-founder of an organization that engaged in over 120 bombings.”

Particularly when so many of those attacks by OLR’s pro-independence FALN claimed police officers as victims.

That hasn’t stopped Mayor de Blasio, who plans on marching, or Gov. Cuomo, who says he’s “inclined” to march but is still thinking it over. More