It’s only fair. After all, isn’t the subway mostly used by millionaires?

City officials estimate that the tax would be paid by about 32,000 New York City tax filers, or less than 1 percent of those who file their taxes in the city. These 32,000 should just pack up and leave NYC.

NY Times: Mayor Bill de Blasio plans to push for a tax on wealthy New Yorkers to pay for improvements needed to address the crisis engulfing New York City’s subway, city officials said on Sunday, the latest salvo in the battle between Mr. de Blasio and Gov. Andrew M. Cuomo over who bears responsibility for repairing the deteriorating transit system. 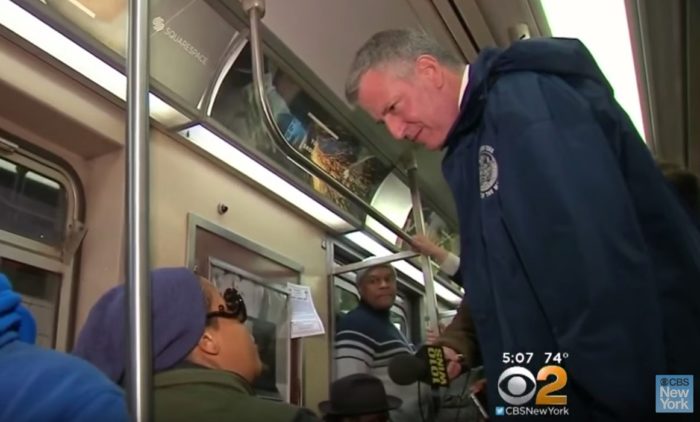 Mr. de Blasio will announce a so-called millionaires tax on Monday for wealthy New York City residents to pay for subway and bus upgrades. The proposal also includes funding to offer half-price MetroCards for low-income riders — part of a national movement that is gaining momentum in New York.

The mayor’s funding push comes as the subway is facing a multitude of problems, and leaders at the Metropolitan Transportation Authority, which operates the subway, have called on Mr. de Blasio to provide more money for the system. More

CNN Admits Mueller's Investigation Of Trump is Going Too Far