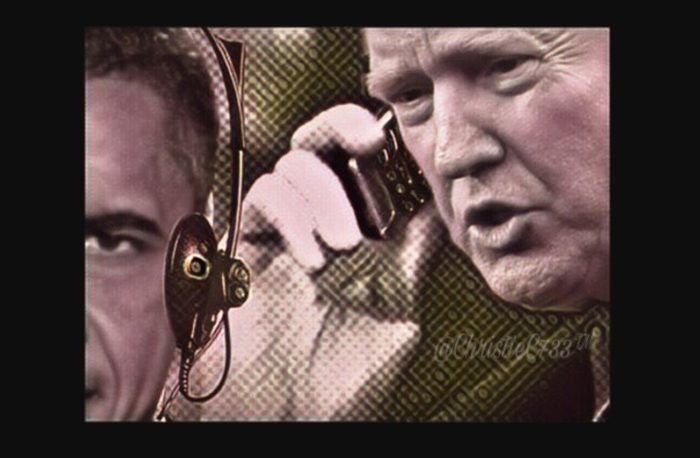 Why all the deafening silence from Obama over tapped Trump Tower?

Barack Hussein Obama has been dead silent since the Trump wiretapping scandal has blown wide open.

The only ‘response’ we have received from Obama’s camp is from his spokesman. In a carefully worded, lawyer-esque response, Obama’s spokesman said:

“A cardinal rule of the Obama Administration was that no White House official ever interfered with any independent investigation led by the Department of Justice,”

As part of that practice, neither President Obama nor any White House official ever ordered surveillance on any U.S. citizen. Any suggestion otherwise is simply false.”

As usual, Obama’s camp is splitting hairs and obfuscating. This will only last so long because every day that passes, we are learning more and more about the surveillance of Trump and his team by the Obama administration. According to one report by Fox News, the surveillance began before Trump was even the GOP nominee.

We have also just learned that Nunes knows who did the unmasking of Trump and his private associates. This person is very well know and high up in the Intelligence community. The walls are closing in, Hussein Obama so you’ll have to start talking at one point.