I could care less if she’s a wreck. The beast is wounded… Now’s the time to apply some pressure.

Someone is going to have to be scapegoats for the DNC mess. My money is on the Awan’s, DWS, and some underlings.

TGP: Debbie Wasserman Schultz employed Pakistani IT staffers and brothers who were paid over $4 million dollars over the course of their employment even though they were accused of a cyber-security breach. 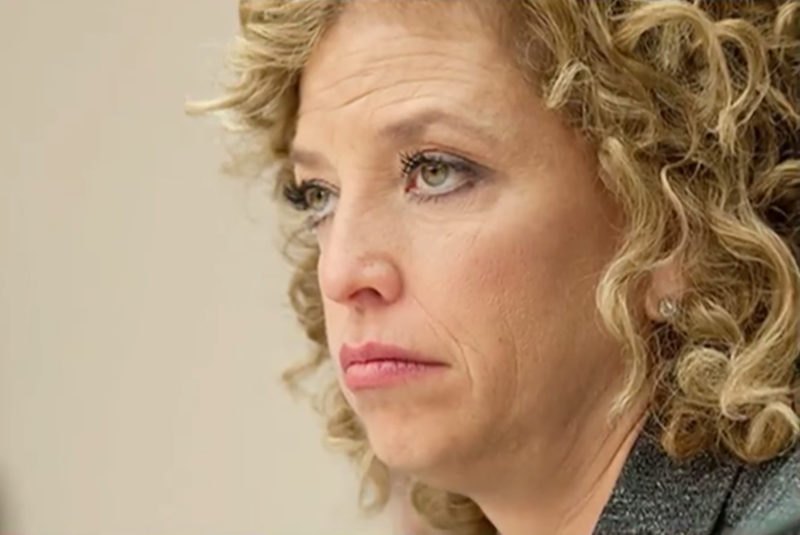 Imran and his Muslim brothers, Abid and Jamal accessed unauthorized computers while acting as IT specialists. The three brothers were making $161,000, $165,000, and $160,000 and one of the brothers has a criminal background.

Word has it that Debbie Wasserman Schultz is an absolute wreck since Imran Awan was arrested. Calls for her to testify to Congress are increasingly growing as well.

Wasserman Schultz knows she’s in hot water over this IT scandal. The Gateway Pundit previously reported the FBI seized smashed hard drives belonging to Imran Awan. We also reported that Debbie Wasserman Schultz, threatened the chief of the U.S. Capitol Police with ‘consequences’ for holding equipment that she says belonged to her in order to build a criminal case against a Pakistani IT staffer suspected of massive cybersecurity breaches.

The fake news media cable networks have completely shut down coverage on one of the biggest scandals from the Democrat Party since former DNC worker Seth Rich was murdered. The media blackout is only fanning the flames as the alternative media continues to prove Wasserman Schultz has something to hide!

FL politicos who have known @DWStweets for years are telling me she’s a nervous wreck, barely able to function, since #ImranAwan‘s arrest.

H/T to The Daily Caller who broke this story and has been providing continual updates with their investigative team.