Debbie Wasserman Schultz called the law office that is suing the DNC, uses a voice changer, but fails to mask her Congressional number.

Epic moron… Nobody on earth can be this stupid. Right? Oh, wait, we’re talking about Debbie Wasserman Schultz.

TGP: Thursday, a bizarre filing with the court occurred in the lawsuit involving the DNC, which Debbie Wasserman Schultz is a defendant in. 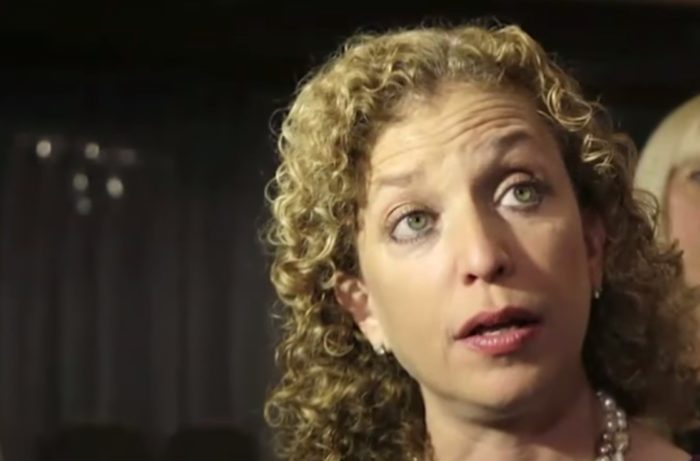 Wasserman Schultz reportedly called the attorneys and disguised her voice — but FORGOT TO HIDE HER PHONE NUMBER!

Right around 5:00 PM, attorney Elizabeth Beck’s office received a strange call from someone using a “robotic and genderless” voice changer and began snooping about the DNC lawsuit that was filed regarding 2016 election cheating. The suit is based on documents released by “Guccifer 2.0”, which alleges that the DNC colluded with then-presidential candidate Hillary Clinton’s campaign in an effort to “perpetrate a fraud on the public”, which you can read about here.

The robotic voice closed with “Okey, dokey” after talking with the law firm’s secretary. When the law firm decided to look at who called, the caller ID showed that the number was not blocked. When the firm then googled the number, Debbie Wasserman Schultz’ office came up.

Below is an excerpt from the filing: 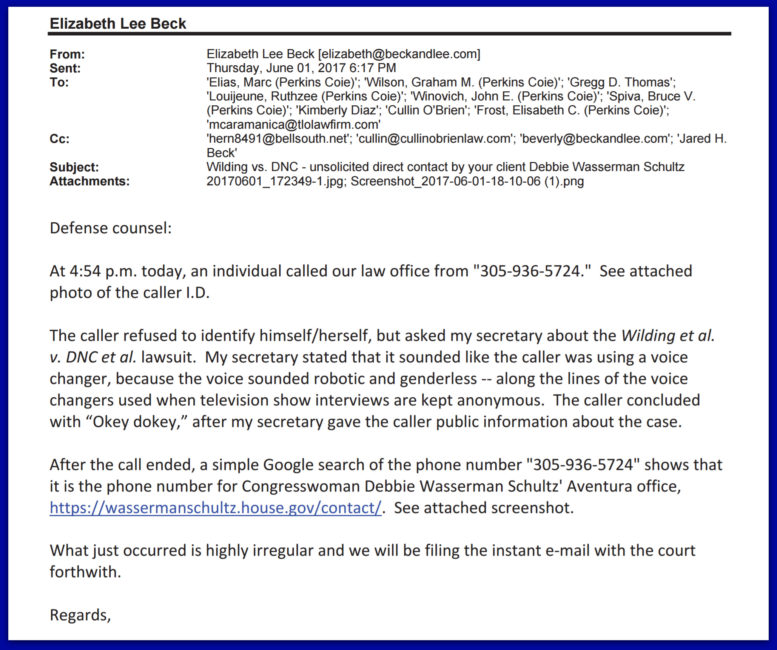 You can read the full filing here.

Officials Worried That Biden’s Flip On Masks Could Cause Vaccine Progress To Be Flushed ‘Down The Drain’
August 3rd, 2021 The Political Cowboy

If FAUCI & BIDEN Blame Viral Spread On The Unvaccinated … Can They Explain This CDC Report?
August 3rd, 2021 Clash Daily