By now most are well aware of Delta Airlines severing ties with the NRA and no longer offering group discounts to NRA members. The move could cost the airline a $40 Million tax break that they’d been the beneficiaries of in Georgia, as the airline’s headquarters and main hub are located at the Atlanta based Hartsfield-Jackson Airport. 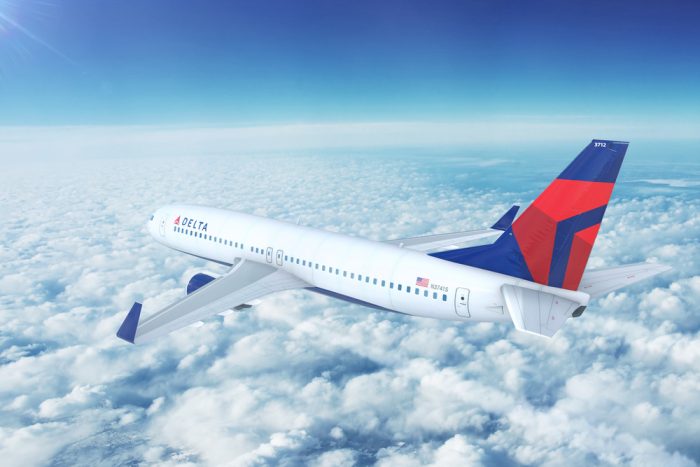 Delta’s move doesn’t go over so well with the pro-gun sentiments in the state, and a former state senator says “If Delta is so flush that they don’t need NRA members hard-earned travel dollars, it can certainly do without the $40 million tax break they are asking Georgia taxpayers for.” Read more at TGP.

Rick Jeffares, candidate for Lt. Governor of Georgia, spearheading the proposal to end Delta’s $40 Million tax break over the airline’s decision to cut ties with the NRA.

Several conservative groups seized on the airline’s decision to end a discount for NRA members to rally members against the measure. And former state Sen. Rick Jeffares, a candidate for lieutenant governor, urged his Republican colleagues to reject it.

“If Delta is so flush that they don’t need NRA members hard-earned travel dollars,” said Jeffares, “it can certainly do without the $40 million tax break they are asking Georgia taxpayers for.”

The airline’s decision came as several blue-chip companies broke ties with the gun rights group amid debate over firearms restrictions in the wake of the mass shooting at a Florida high school this month.

It’s difficult timing for Delta in its home state, where the airline is on a mission to restore a lucrative sales tax exemption on jet fuel that was first adopted in the mid-2000s when the company was in financial distress.

Critics called it a special-interest tax giveaway after the company recovered to post record-breaking profits. It was done away with in 2015 when Delta officials got on the wrong side of lawmakers looking for extra cash for infrastructure improvements.

This year, it has been pitched to lawmakers as an “airline tax break” rather than one that would exclusively help Delta. The jet fuel provision would save airlines and cargo firms more than $50 million, but the biggest beneficiary would be Delta.

And state Sen. Michael Williams, a Republican candidate for governor who has long opposed the Delta tax break, called it proof that lawmakers “do the bidding of lobbyists.”

“Delta isn’t even worried about insulting a huge portion of voters who belong to the NRA,” said Williams, who on Friday tried to strip the jet fuel provision from the broader tax-cut bill. “They have their backroom deal in place & know the politicians can’t survive without their donations.”

Delta quickly took to the defensive. Werner tweeted that the company’s announcement “was not a political statement” and that the airline “merely confirmed its neutral status on a politically and emotionally charged debate by removing its name from the debate.”

If Delta is so flush that they don’t need NRA members hard-earned dollars, they can certainly do without the $40 million tax break they are asking GA taxpayers for.

Within about 2 hours of Delta reaching out to the NRA, former Georgia Senator Rick Jeffares tweeted “if Delta is so flush that they don’t need NRA members’ hard-earned dollars, they can certainly do without the $40 million tax break they are asking Georgia taxpayers for.”

He’s talking about the proposed jet fuel tax break that would save Delta $40 million if it passes. 11Alive spoke to a representative for Jeffares who sent us a statement on his behalf.

“I have supported this tax break for Delta in the past but not this time,” it read. “If Delta can afford to write off the travel business of all those folks, they clearly don’t need a special tax break from Georgians.”

In Delta’s full statement, the company said they are trying to stay neutral during the national debate over gun control. They want to focus on business, but the company continues to support the second amendment.

“By making the statement at the time that they did, when there is a controversy, it sends the message that they are taking sides in this debate,” Shepherd said.

Shepherd said he’s not interested in helping Delta as a company anymore. He’s even thinking twice about booking his next flight with the carrier.

The proposed tax exemption could be introduced on the Georgia Senate floor in the coming week. It remains to be seen if this push by Republicans to get it thrown out will make an impact.

Why would you choose to link those two issues?

“If Delta is willing to put their desire to protect children from being murdered over making money, we should fine them.” Congrats on being a terrible person Rick.

Right…not exactly the sharpest tool in the shed if he truly believed it, but of course he’s just pandering to the right wing fringe.

And if you are so in the NRA pocket, then you don’t need to be in office in Georgia. The blue wave is coming, sad that you love guns more than children!