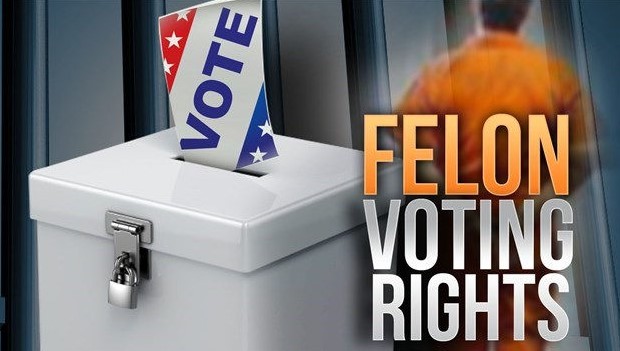 This is so timely… Don’t think for a minute its just a coincidence, it’s corrupt!

Gov. Terry McAuliffe (D) will make all ex-felons in Virginia eligible to vote in the upcoming presidential election, part of a years-long effort to restore full voting rights to former convicts.

McAuliffe’s announcement in Richmond on Friday will allow an estimated 180,000 to 210,000 former felons who are not in prison or on probation or parole to register to vote this year in Virginia, a battleground state, according to a coalition of civil rights groups that had pushed for the restoration of voting rights.

“It is a historic day for democracy in Virginia and across our nation,” said Tram Nguyen, co-executive director of the New Virginia Majority, a progressive activist group. “The disenfranchisement of people who have served their sentences was an outdated, discriminatory vestige of our nation’s Jim Crow past.”

Across the country, state laws vary on the right to vote for ex-offenders. According to the American Civil Liberties Union, about 5.85 million Americans with felony convictions (and misdemeanors in several states) are prevented from casting a ballot. The Sentencing Project estimates that one of every 13 African Americans is prohibited from voting. The map below by the ACLU shows how different states handle these rules. More