The attorney for Rep. John Conyers hinted the Michigan Democrat may take down “many others” with him if he is pushed too hard!

$17 Million paid to 264 staffers hush money funded by the taxpayers; it is quite literally taxpayer-funded Congressional Sexual Harassment Hush Money. These overpaid, privileged lawmakers using the taxpayer’s dime not to be responsible for their own personal actions.

It is not the American taxpayer’s responsibility to pay these claims for them if they want to engage in questionable behavior then let them face the consequences in a court of law out of their own pockets. 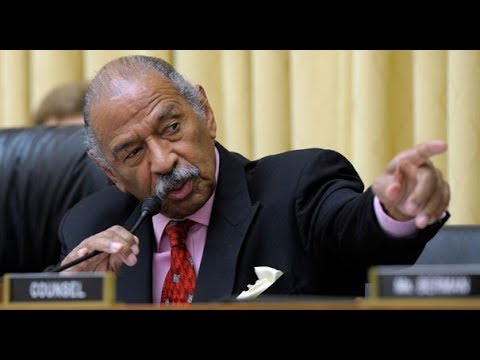 Is he just trying to justify it by saying “everyone does it?”

The attorney for Democratic Michigan Rep. John Conyers, who is accused of continuously sexually harassing his female staffers, defended Conyers by indicating that there are allegations against “many members” of the House and Senate.

Conyers’ attorney, Arnold E. Reed, released a statement defending the Michigan Democrat and pushing back against the “disturbing allegations.” The bizarre statement was written in all-CAPS and referred to both Reed and Conyers in the third person.

The bizarre statement was written in all-CAPS… This could be fun. I love watching these snakes squirm. Grab the popcorn!

I hope Democratic Michigan Rep. John Conyers brings the whole Congressional cabal down! It would be the first useful input from a Democrat in many decades.

Denzel Washington Drops A Truth Bomb: Young Men Ending Up In Jail "It’s Not The Justice System, It’s The Upbringing And Lack Of Father Figure"

Super Bowl Champion Speaks The Truth: Pride In Country, Flag, And Culture Is The Bottom Line