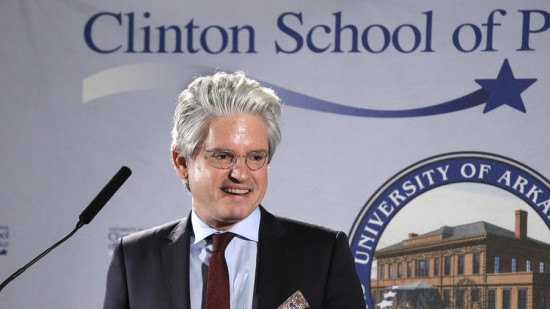 This Democratic group wants to monitor and expose the incoming Republican White House. But who is going to monitor them?

American Bridge specializes in opposition research and is led by David Brock, a longtime ally of Bill and Hillary Clinton, the defeated Democratic nominee.

In a press release issued by American Bridge, Brock said the group would coordinate with Democrats in Congress, progressive activists and others to supplement the party’s opposition to Trump. The goal is to make sure the Trump administration is “accountable, transparent and held in check,” the organization said.

Brock said the offensive would utilize new technology to gather and disseminate information, including through a “targeted campaign to reach Trump’s own supporters, via social media and paid advertising.”

Trump’s base within the Republican Party is uncommonly loyal. It’s unclear that an ad campaign funded by a liberal activist group would have much success at dampening the president-elect’s support, although Republicans who voted for him despite their misgivings might be moveable.

And the effort could help provide talking points for Trump opponents and create fodder for fundraising.

The anti-Trump effort by American Bridge is similar to one launched two years ago by America Rising, a GOP-aligned super PAC that also focuses on opposition research.

America Rising, after the 2014 midterm elections, formed a program to provide opposition research and counter Hillary Clinton, the presumed frontrunner for the Democratic presidential nomination, in the media with the intent of derailing her campaign.

One Republican opposition research strategist, speaking on condition of anonymity, questioned whether the American Bridge campaign against the Trump administration would be effective.

During the 2016 campaign, many political observers expected more opposition research on Trump to roll out after the tape of him joking about sexual assault was leaked to the Washington Post. But nothing much came forward after those reports. More

Lena Dunham Posts Selfie Of Herself On The Toilet, Complains About “The World We Live In” After She’s Ridiculed