Bernie Sanders is a leading the Democrat in the 2020 field… Awesome idea, run an insane old communist who’s never worked a day in his life against President Trump.

Wow, that lineup… Let’s just think about that a minute:

It’s not even worth talking about the other two. 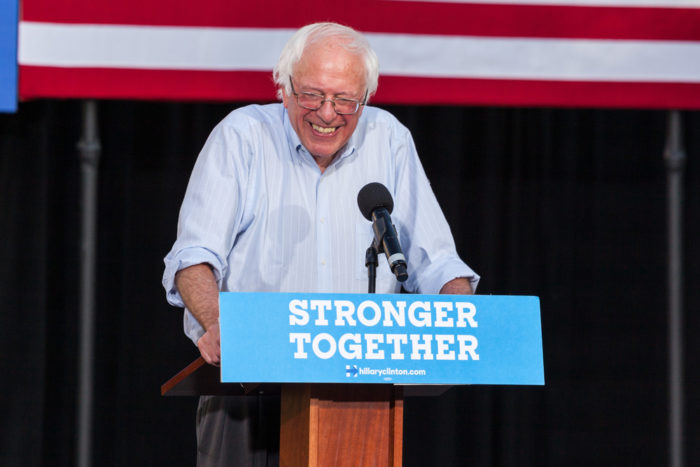 So, Communism, open borders, weak military, bring in more refugees and raise taxes? Really sad what this group brings to the table.

The Hill reported: Advisers to the senator are telegraphing that Sanders is eying a 2020 run — and his network is already ready to go, with supporters convinced that he was the candidate who would have beaten President Trump in 2016.

“His people have never gone away,” said Democratic strategist Brad Bannon. “And he has a loyal core following out there that will be with him come hell or high water.”

Also working in Sanders’s favor, Bannon said, is the leftward shift of the Democratic Party.

“The Sanders wing is becoming the dominant wing of the party,” he said.

Still, strategists note that Sanders would be 79 in 2020, which could work against him at a time when Democrats are hungry for change. More

Bernie Sanders said nothing when the primary was stolen from him after his supporters worked so hard for him. He betrayed them, and then he insisted they support Crooked Hillary.

I don’t personally care who they choose for the Democratic nominee in 2020 because President Trump beat whomever it is.