The problem is most Democrats think just like Pelosi; they think if they put a younger version in, they will win. What they really lack is any sort of a vision for the future of this country.

Well, Cher was absolutely right about coming in 2nd place. Do you know what they call the person who comes in 2nd? The loser. 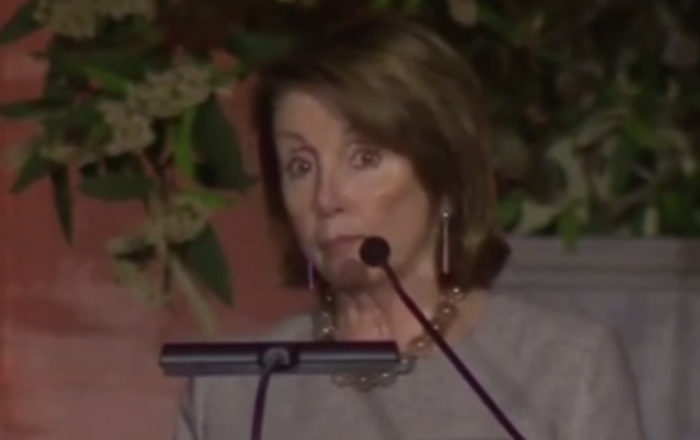 Criticism came from House Democrats as well as pop star and film icon Cher who tweeted, “CONGRESSIONAL RACE IS NOT OLYMPICS,THERES NO MEDALFOR 2nd PLACE‼️I ADMIRE & RESPECT NANCY PELOSI,BUT IN“EVERY”RACE,GOP RUNS AGAINST HER” Some Democrats want to replace Pelosi atop their caucus, as they have since last November’s poor showing at the polls; they say there is no way to get back in the majority with her as their leader. And others who backed her in last year’s leadership challenge have now flipped their stance.

“I think you’d have to be an idiot to think we could win the House with Pelosi at the top,” said Rep. Filemon Vela (D-Texas), who supported Pelosi in her last leadership race. “Nancy Pelosi is not the only reason that Ossoff lost. But she certainly is one of the reasons.”

Rep. Kathleen Rice (D-N.Y.), who backed a challenge to Pelosi last year, said the results of the Ossoff race further underscore that Pelosi should let someone else take the reins.

“There comes a time when every leader has to say, ‘For the good of the order and for the betterment of the party, it’s time for me to step aside.’ And I wish that that would happen right now,” Rice said in an interview. “This is not a personal thing. I want to get back in the majority.”

Rep. Tim Ryan (D-Ohio), who challenged Pelosi for minority leader in November, wouldn’t comment directly whether she should step down, saying only, “My position hasn’t changed.”

“I think it’s very concerning that that tactic still has some punch,” Ryan said. “Again, it’s part of the broader national brand that average people don’t feel connected to the Democratic Party. Walk up the street and ask 10 people what the Democrats stand for, you’ll get 10 different answers. That’s no way to build a national party.”

Complete Politico article at this link.

Other outlets published similar articles on Wednesday about Pelosi’s troubles.

A Quinnipiac poll last month, in fact, showed exactly 50 percent of registered voters had an unfavorable view of her vs. just 30 percent who had a favorable one. Even among Democrats, about 1 in 5 (19 percent) didn’t like Pelosi. And independents were overwhelmingly anti-Pelosi, with 58 percent disliking her and 23 percent holding a positive view of her.

Fox News polled on Pelosi in March, and its survey showed her numbers improving only slightly since her time as speaker, from 24 percent favorable and 56 percent unfavorable in September 2010 to 33 percent and 50 percent today. It also showed 23 percent of Democrats disliked her, with independents opposed 53-21. And fully 36 percent of registered voters had a “strongly unfavorable” view of her vs. just 13 percent who have a “strongly favorable” one.

Those are bad numbers — almost Trumpian. They suggest both that Pelosi hurts Democrats with swing voters and enthusiasm.”

As Democrats point fingers in the wake of Jon Ossoff’s loss in a Georgia special election on Tuesday, some of them are aimed at Nancy Pelosi, the party’s longtime House leader, who appeared in almost every GOP attack ad broadcast in the most expensive House race in history.

A number of Democrats are renewing their calls for Pelosi to step aside, demanding a change to the trio of septuagenarians that have been leading the House Democratic caucus for years.

As one of his first moves after declaring his candidacy against Rep. Mark Sanford (R-SC), Democrat Joe Cunningham tweeted, “If elected, I will not vote for Nancy Pelosi for speaker. Time to move forward and win again.”

Mediaite: House Dems Rip Pelosi: ‘You’d Have to Be An Idiot’ to Think Dems Could Win With Her as Leader