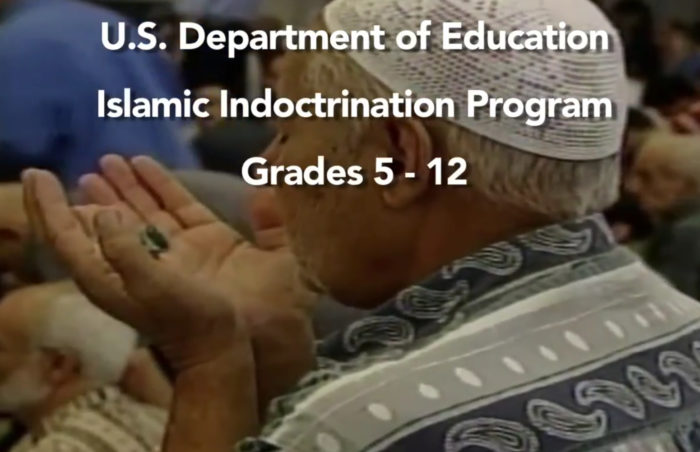 I don’t understand this when they don’t want children to bring Bibles to our schools or Christian teachers to teach about God, why it’s okay to teach Islam?

This is Obama’s doing. This was his secret war on Christianity all the while claiming to be a Christian.

A Christian advocacy group is claiming the U.S. Department of Education is “indoctrinating” students into believing Islamic beliefs.

The Christian Action Network sent a letter demanding DOE “cease its Islamic education program for the nation’s public schools,” according to a report by CBN News.

CAN claims students and teachers are being encouraged to promote Islamic beliefs through the LearningMedia website, a site operated by the Public Broadcasting Service that provides free learning materials to students and teachers. PBS is supported by donors and taxpayers.

“Much of this so-called educational material is nothing more than indoctrinating students into Islamic religious beliefs, duties and actions,” said Martin Mawyer, president of CAN. More