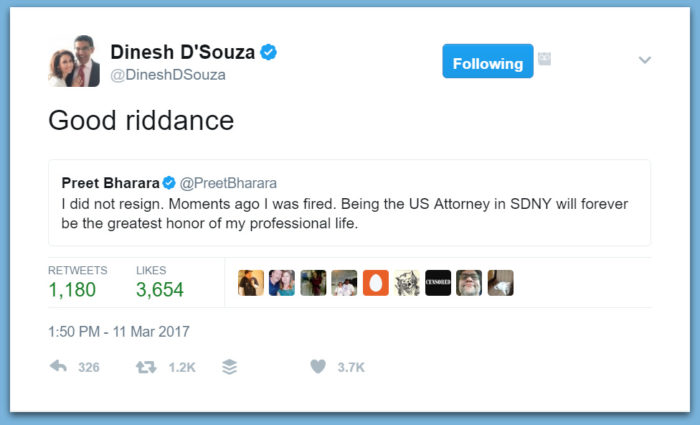 I’m with Dinesh & Sessions on this one!

Preet Bharara, the U.S. attorney who was fired today was also the attorney who brought charges against conservative activist and author, Dinesh D’Souza back in 2014. D’Souza was sentenced to 5 years probation and 8 months in a community confinement center.

GOOD RIDDANCE DEPT: Obama capo @PreetBharara is a familiar Indian type, subservient to those above him but ruthless with those in his power

Protesters Don’t Even Know What They Are Protesting