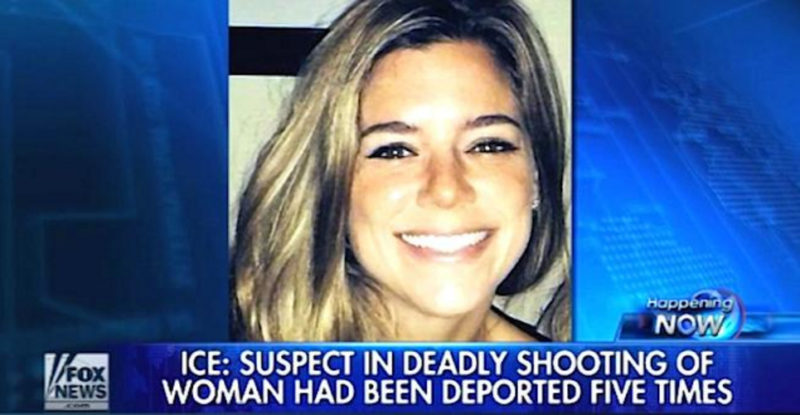 It’s easy to be a liberal. Just close your eyes, close your ears, and close everyone’s mouth who disagrees with you. It’s was the formula for the death of Kate Steinle.

So much of left-wing thought is a kind of playing with fire by people who don’t even know that fire is really hot.

Sanctuary cities are against the law and under a Trump administration all federal funding will be pulled from them! No more of this insanity and disgusting endangerment of the lives of American citizens by criminal illegals!

The U.S. government and the City of San Francisco are asking Kate Steinle’s family to dismiss the wrongful death lawsuit in a hearing on Friday.

Kate Steinle was shot and killed in July of 2015 on Pier 14 along San Francisco’s waterfront. Francisco Lopez-Sanchez, an undocumented immigrant, has been charged in the murder.

Lopez-Sanchez was released from the San Francisco City Jail in Apil.

The family of Kate Steinle filed the federal lawsuit in May of 2016 against former San Francisco sheriff Ross Mirkarimi, Immigration and Custom’s Enforcement, and the Bureau of Land Management. More