DNC Builds A Wall Around Their Convention 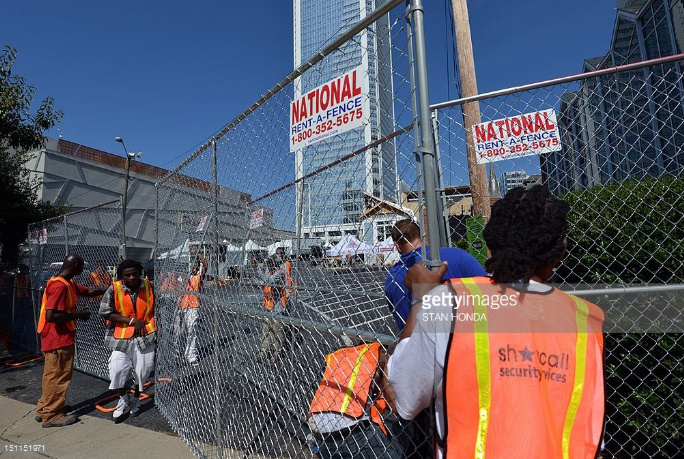 Priceless! Democrats building walls to protect themselves from… other democrats.

Hillary says let’s build bridges not walls so why didn’t she build a bridge at DNC?

To the Democratic National Committee elites, keeping average Americans away from their convention is a good idea, while protecting the southern border from intruding terrorists, rapists and murderers is a bad one.

The DNC has erected a four-mile fence around its convention site at Philadelphia’s Wells Fargo Center. (Isn’t it ironic they’re doing so much to protect a site named after a bank?)

The fence, which appears to be about 8 feet tall, is intended to keep out any individuals with whom Democratic Party leaders, delegates and other liberal elites would rather not mingle. More

The DNC fence,surely they would have built a bridge !! pic.twitter.com/6RzjM6rBov

Surprise! Wasserman Schultz Gets Reward For Taking One For The Team

DNC Builds A Wall Around Their Convention