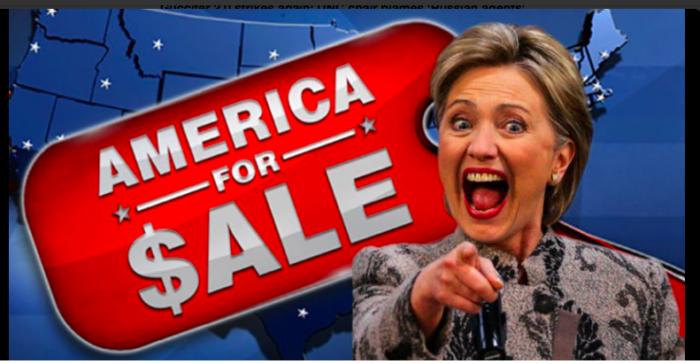 The DNC is corrupt and is selling crucial positions and ambassadorships to the highest bidder. When will this madness be put to an end?

From the latest DNC Leak: 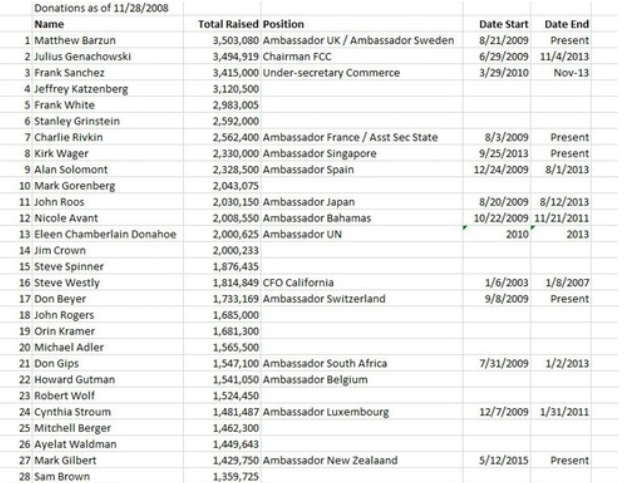 Now it’s never been a secret that some ambassadorships were given out to donors. But it’s perhaps never been as blatant as this with the amounts listed and the position given, with even major Ambassadorships involved, not to mention significant Federal positions, like Chairman of the FCC and positions with the DOJ. 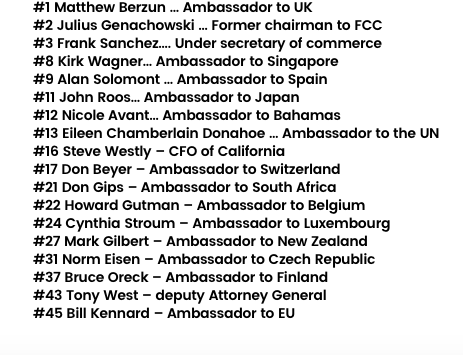 Pamela Hamamoto paid DNC $605,000 then became the Permanent Representative of the United States of America to the United Nations and Other International Organizations in Geneva.

Jane Hartley paid DNC $605,000 and then was nominated by Obama to serve concurrently as the U.S. Ambassador to the French Republic and the Principality of Monaco.

Crystal Nix-Hines paid DNC $600,000 and then was nominated by President Obama to the position of United States Permanent Representative to the United Nations Educational, Scientific and Cultural Organization with the rank of Ambassador.

Karol Mason donated $856,000 to the DNC and Obama appoints her as Assistant Attorney General, Office of Justice Programs. Mason is also the person who changed terminology at the Justice Department, saying they would no longer refer to ‘felons’ and ‘convicts’ as those were damaging terms to use.

2 Clinton IT Aides Plead The Fifth, Another Skips Hearing