DNC plotted fake Trump Craigslist job ad in May asking for applicants to be prepared to be “kissed on lips” & “groped under table.”

Imagine how the lamestream media would be howling if the RNC pulled this kind of BS.

In July we brought you this story of a DNC plot to create fake Craigslist job post smearing Trump.

The post appears intended to portray Trump as a misogynist who sexually harasses his female employees.

Here’s the full email. What makes it remarkable now seems to be the prescient nature of the ‘qualifications’. 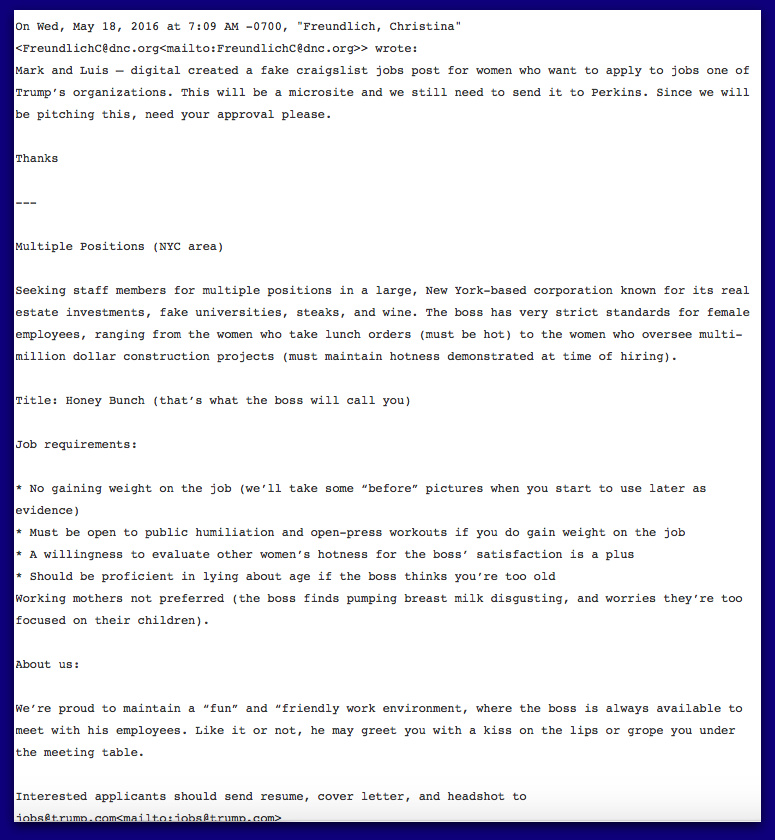 Note the “public humiliation and open-press workouts if you do gain weight on the job” which seems exactly to describe the way they would later describe Alicia Machado.

This: “he may greet you with a kiss on the lips or grope you under the meeting table”. Kiss on the lips and groping didn’t become a ‘thing’ until after the video dropped and after Anderson Cooper pressed Trump at the debate to deny it. Then suddenly women supposedly moved by his denial suddenly came forward.

If this wasn’t something the DNC was plotting, why did they put in those specific items? And how did they know about these women who were supposedly just moved by Anderson Cooper’s question?