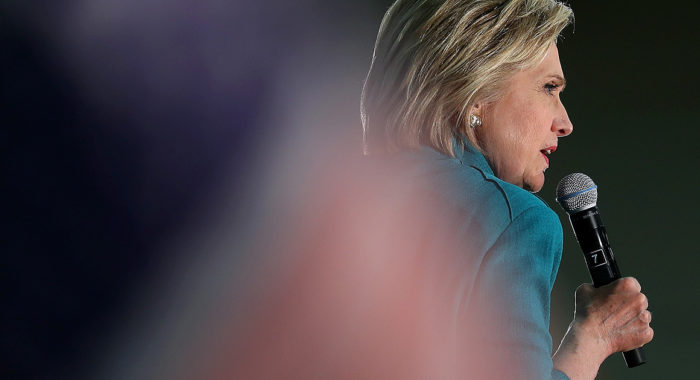 Does is really surprise you that Hillary and the DNC where trying to hide the details of this joint fundraising arrangement?

Leaked emails show the Democratic National Committee scrambled this spring to conceal the details of a joint fundraising arrangement with Hillary Clinton that funneled money through state Democratic parties.

But during the three-month period when the DNC was working to spin the situation, state parties kept less than one half of one percent of the $82 million raised through the arrangement — validating concerns raised by campaign finance watchdogs, state party allies and Bernie Sanders supporters.

The arrangement, called the Hillary Victory Fund, allowed the Clinton campaign to seek contributions of hundreds of thousands of dollars to attend extravagant fundraisers including a dinner at George Clooney’s house and a concert at Radio City Music Hall featuring Katy Perry and Elton John. That’s resulted in criticism for Clinton, who has made opposition to big money in politics a key plank in her campaign platform.

Clinton’s allies have responded publicly by arguing that the fund is raising big money to boost down-ballot Democratic candidates by helping the 40 state parties that are now participating in the fund.

But privately, officials at the DNC and on Clinton’s campaign worked to parry questions raised by reporters, as well as Sanders’ since-aborted campaign, about the distribution of the money, according to a cache of hacked emails made public late last week by WikiLeaks.

The emails, released the day before the opening of the Democratic National Convention here, exposed DNC staffers seemingly undermining Sanders’ insurgent campaign against Clinton. The leak hampered the convention’s mission of uniting the party by convincing fervent Sanders supporters to get behind Clinton. And the controversy forced the resignation of DNC chairwoman Debbie Wasserman Schultz, a close Clinton ally accused by Sanders backers of using the party apparatus to undermine them.

The emails show the officials agreeing to withhold information from reporters about the Hillary Victory Fund’s allocation formula, working to align their stories about when — or if — the DNC had begun funding coordinated campaign committees with the states. They also show one official blaming Sanders for putting the DNC between “a real rock vs hard place” by forcing “a fight in the media with the party bosses over big money fundraising.” More