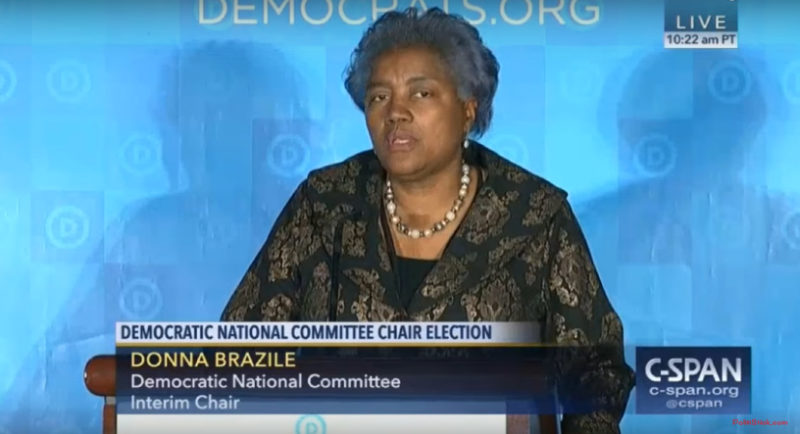 Laughable! This is the height of hypocrisy…. Of all people to be concerned about voter fraud. The only thing that is a fraud is the Democratic Party and this woman worried about cheating.

Wasn’t it Donna that got fired from CNN for cheating and passing debate questions to Hillary Clinton? Just checking.

The organization that fervently opposes checking IDs to vote in election did just that on Saturday during its election for party chairman.

The Democratic National Committee was planning to use electronic “clickers” to cast ballots for its next leader, but that plan was scrapped moments before the vote was scheduled to begin.

“Pursuant to the rules of procedure, the chair has the discretion as to the voting mechanism,” chairwoman Donna Brazile said.

“And it’s my determination, based on the system that we tested this morning, that I would like to use paper ballots. And I’ll tell you why.

“We have to make sure that we can not just count the ballots but verify every name and signature,” Brazile said as party members began applauding. “And I want to make sure that at the conclusion of all of our votes, that you, the members of this party, will be able to review those ballots.” More