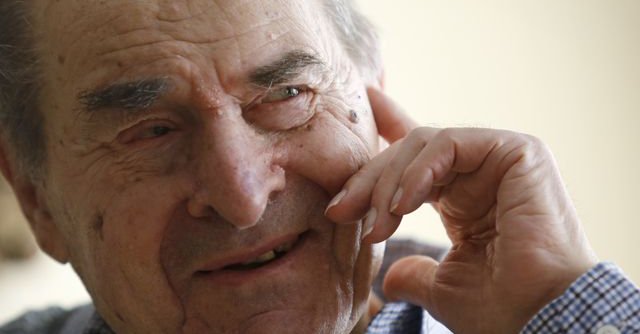 Way to go Dr. Heimlich! It is crazy that this is the first time he has ever used his own maneuver in saving someone from choking.

The 96-year-old retired surgeon performed his trademark maneuver to dislodge the piece of meat from Patty Ris’s airway. It was his first time using it in a real-life situation, after demonstrating it hundreds of times since the 1970s.

“When I used it, and she recovered quickly, it made me appreciate how wonderful it has been to be able to save all those lives,” he told The Cincinnati Enquirer.

The paper says Heimlich has stayed active in his six years living at the senior living center with regular swimming and exercise.

Deupree House employee Perry Gaines said that typically a staff member would have intervened if a resident was choking.

After being saved, Patty said she told the doctor, “God put me in this seat next to you.”

Henry Heimlich is still alive and at 96, uses the maneuver named after him for the very first time. https://t.co/UoiLUWIk4A

Ingraham: Hillary Stood By As Bill's Accusers Were Attacked