It’s about time. The only people actually offended by the name were whiny white liberals. This was just another example of Obama wasting taxpayer resources. Hasta la vista PC police! Common Sense is starting to return to our great nation! Are liberals getting exhausted from their heads exploding every day? 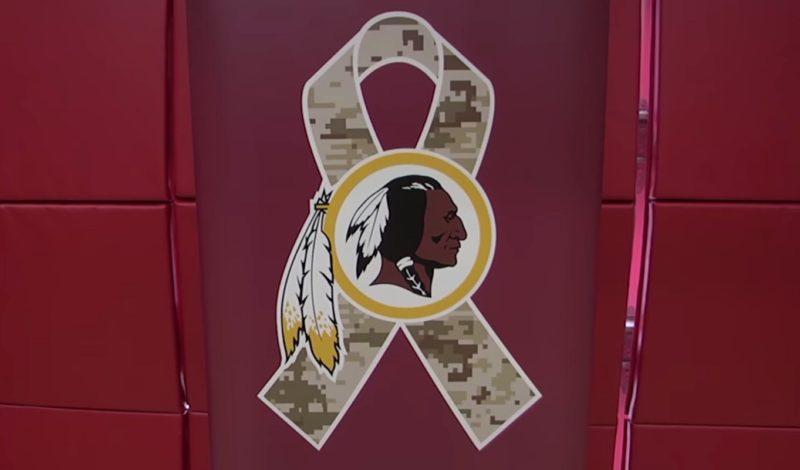 100%FedUp: 9 in 10 Native Americans admitted they are not offended by the Washington NFL team’s “Redskins” name, yet the left persisted in their quest to force the team and fans to abandon the “offensive” name. The PC Police have been diligently working to remove our rights to free expression and free speech for decades. Could this landmark decision by President Trump’s DOJ be the catalyst we need to stop the control of how we think and speak in America?

The Justice Department on Thursday dropped the legal challenge to the the Washington Redskins’ name, the Associated Press reported.

According to the AP, the Trump administration dropped the challenge in a letter to the Supreme Court in response to last week’s ruling in Matal V. Tam, in which an Asian-American rock band won the right to copyright the name “The Slants,” despite the name’s offensive connotation.

In the Thursday letter, the Justice Department argues that the Matal V. Tam decision means that the court would decide in favor of the Washington Redskins if the case went before the justices.

Washington Post – Nine in 10 Native Americans say they are not offended by the Washington Redskins name, according to a new Washington Post poll that shows how few ordinary Indians have been persuaded by a national movement to change the football team’s moniker.

Among the Native Americans reached over a five-month period ending in April, more than 7 in 10 said they did not feel the word “Redskin” was disrespectful to Indians. An even higher number — 8 in 10 — said they would not be offended if a non-native called them that name.

“The Washington Redskins team, our fans, and community have always believed our name represents honor, respect and pride,” the owner said in a statement. “Today’s Washington Post polling shows Native Americans agree. We are gratified by this overwhelming support from the Native American community, and the team will proudly carry the Redskins name.”

Snyder and his wife have a close relationship with President Trump and his administration. In January, Snyder attended an exclusive inauguration celebration with Trump’s Cabinet members, and Snyder’s wife donated to Trump’s campaign in 2015.

Weeks after Snyder’s wife made the donation, Trump spoke out about the team name controversy, suggesting it should remain the Redskins.

“I know Indians that are extremely proud of that name,” Trump said in October of 2015.

“Honestly, I don’t think they should change the name unless the owner wanted to.”