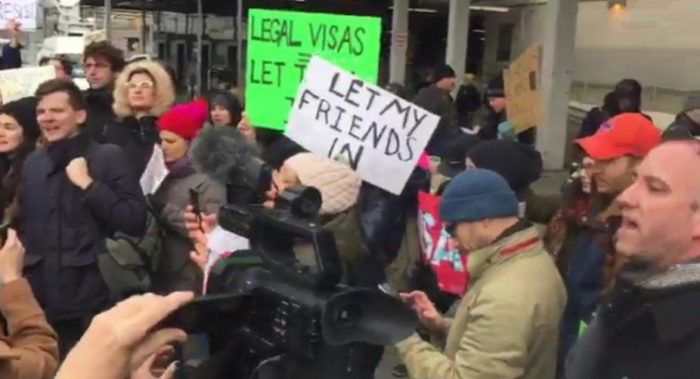 This is all to make our new President look heartless, but we all know that he only trying to keep America safe as he promised. He should however add a few more countries to his list.

Obama banned all Iraqi refugees for six months in 2011. Even those who aided our military. Media said nothing. #MAGA #MuslimBan pic.twitter.com/rtaYPornLx

Of course, back in 2011 when Barack Obama banned Iraqi refugees for six months the far left said nothing!

In 2011 the US discovered Al-Qaeda terrorists living as refugees in Kentucky. As a result of this discovery the Obama administration blocked all Iraqi refugees from entering the US for six months. There were no protests. The left said nothing.

As a result of the Kentucky case, the State Department stopped processing Iraq refugees for six months in 2011, federal officials told ABC News – even for many who had heroically helped U.S. forces as interpreters and intelligence assets. One Iraqi who had aided American troops was assassinated before his refugee application could be processed, because of the immigration delays, two U.S. officials said. In 2011, fewer than 10,000 Iraqis were resettled as refugees in the U.S., half the number from the year before, State Department statistics show.