The DNC has not put up a single dime to help find Seth’s murderer. This, after Hillary, drops $1.2 BILLION on her awful campaign.

I’ve always wondered about the huge gap in the timeline from 1:45 AM to 4:19 AM. That’s missing hours in the middle of the night when nothing is open. So, where was he?

TGP: The death of DNC staffer Seth Rich is one of the great unsolved political mysteries of the past decade. Private investigator Rod Wheeler believes former DNC Head Donna Brazile may be a person of interest in relation to Rich’s murder. 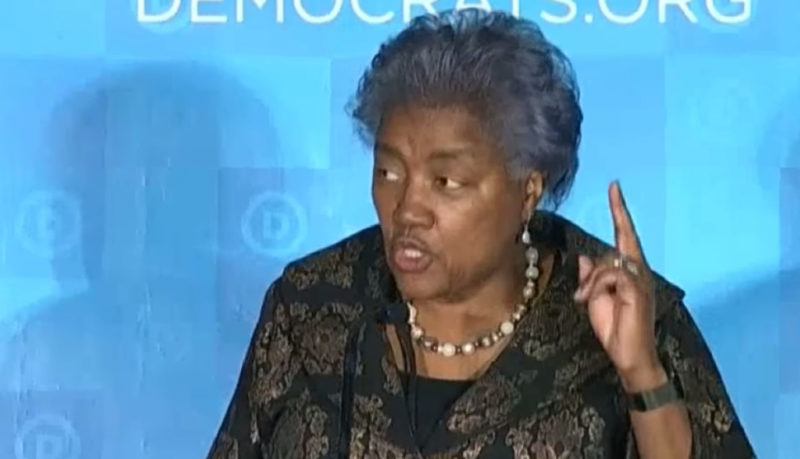 In a shocking series of text messages sent to Fox News reporter Malia Zimmerman by private investigator Rod Wheeler, he describes being “startled” by Donna Brazile, and states that her behavior “makes me think that Donna Brazile is in a category of persons of interest as it relates to the death of Seth Rich.”

The day before Fox News published their now-retracted story about Rich being the source of the Democratic National Committee emails released by WikiLeaks, Wheeler wrote to Zimmerman. Wheeler explained how Brazile had called the police department after he met with the lead detective on the case.

A “Key Communications Log” of detailed exchanges between Wheeler and Zimmerman was provided to Big League Politics by a person who wishes to remain anonymous at this time.

Big League Politics previously published the notes from Wheeler’s April 25, 2017, meeting with D.C. police Detective Joseph DellaCamera, in which the detective did not confirm or deny Rich being in contact with WikiLeaks. DellaCamera admitted that he had been trying to contact Julian Assange for help with the case.

In a groundbreaking report, it was discovered that Donna Brazile, former DNC Chairwoman and high-ranking DNC rep, tried to put an end to the Seth Rich investigations. Ms. Brazile allegedly called the private investigator handling the case and accused him of “snooping” and demanded to know why the investigation was still going on.

“The high-ranking DNC official that called the police after I inquired about Rich’s case was Donna Brazile,” veteran homicide detective Rod Wheeler told WND. “Why shouldn’t I reveal who it was?”

Brazile, who was also a CNN contributor and a Hillary for America donor at the time, was caught providing Democratic Party nominee Hillary Clinton with questions that would later be asked of Clinton at a televised CNN town hall. In an interview with Fox News before the election, Brazile denied leaking the questions to Clinton. But in a March 17, 2017, column for Time magazine, she finally admitted doing so, saying it was a “mistake I will forever regret.”

A spokesman for the Rich family has repeatedly criticized detective Wheeler, who was hired by Rich’s family in March to find the DNC staffer’s murderer, for not ruling out the possibility that Rich may have leaked DNC emails to WikiLeaks. The Rich family recently sent Wheeler a “cease and desist” order to stop his investigation into the murder.

On July 10, 2016, 27 year-old Democratic staffer Seth Conrad Rich was murdered in Washington DC about a block from his apartment. The killer or killers took nothing from their victim, leaving behind his wallet, watch and phone.

Via Wikipedia: Earlier that night he had been at Lou’s City Bar, a sports pub 1.8 miles from his apartment, in Columbia Heights, where he was a regular customer. He left when the bar was closing, at about 1:30 or 1:45 a.m. Police were alerted to gunfire at 4:20 a.m. by an automated gunfire locator. Within approximately one minute after the gun shots, police officers found Rich with multiple gunshot wounds, in a conscious and breathing state.[33] He was transported to a nearby hospital, where he later died. According to police, he died from two shots to the back… Rich’s mother told NBC’s Washington affiliate WRC-TV, “There had been a struggle. His hands were bruised, his knees are bruised, his face is bruised, and yet he had two shots to his back, and yet they never took anything… They didn’t finish robbing him, they just took his life.”

In August Wikileaks offered a $20,000 reward for information on the murder of DNC staffer Seth Rich.

Watch Factory Worker Go Off On Paul Ryan: “We Have Majority… And it Feels Like Nothing Is Getting Done”