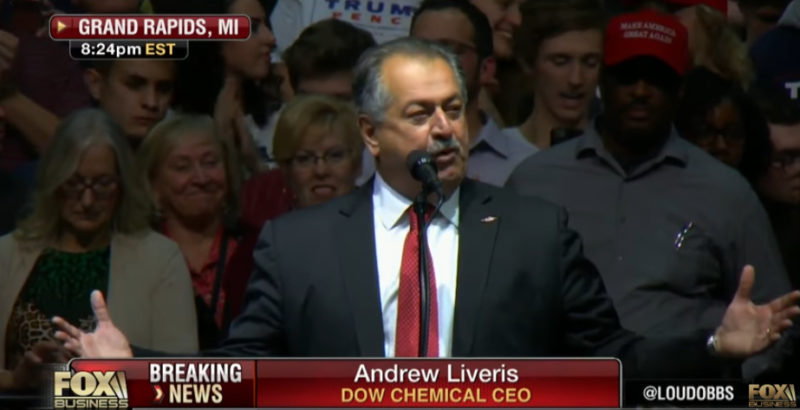 His speech made my heart sing. Mr. Liveris said businesses are staying, investing in America and this decision comes because of Trump and his policies. He’s not even in Office yet… But great things are already beginning to happen.

During his speech Andrew Liveris announced Dow Chemical will invest a state of the art innovation center in Michigan.

Andrew Liveris: We’ve made a decision. We’re going to announce a state-of-the-art innovation center in Michigan. We’re going to put an R&D Center in place. This decision is because of this man and these policies. We could have waited. We could have put it anywhere in the world. Several hundred jobs on top of the thousands. We are not waiting. We are going ahead. We are going to use American hard work and American brains and we’re going to fight for the Dow company out of the USA… Mr. Trump, with the investments that you talk about. You’re paving the way with your administration with your policies to make it easier to do business in this country. Not a red tape country but a red carpet country for American businesses.

Wow! This guy can give a speech! Andrew Liveris is TERRIFIC!