Daily Caller: The student charged with pushing down the Confederate statue in Durham, North Carolina on Monday may be rewarded with a scholarship for her actions from North Carolina Central University.

The Chronicle of Higher Education reported on Wednesday that proposals are being made at the college to award Takiyah Thompson, who has been charged with two felonies—participation in a riot and inciting others to riot—for her actions. 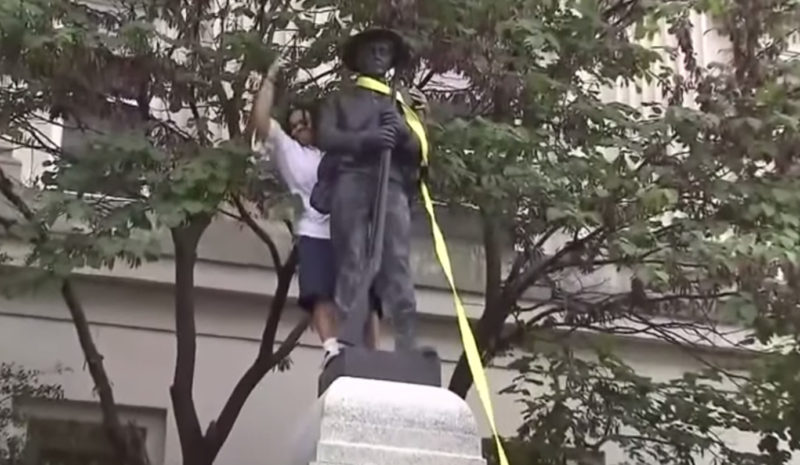 News that Thompson was involved in the demonstration was reportedly met with widespread support from campus faculty and students in her Introduction to Political Science class.

“I saw the demonstration and the toppling of the monument. I think it’s a healthy thing for students to have a voice and to be leaders in activism,” said Jim C. Harper II, chair of the history department. “We’re going to do everything we can to support Ms. Thompson.” More

Real Wages Lower Now Than Before Pandemic, Thanks To Inflation
January 28th, 2022 The Political Cowboy