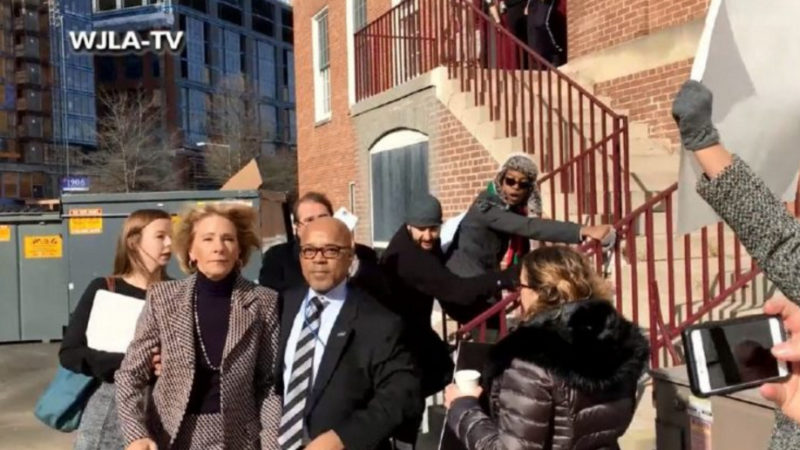 Just go ahead and keep it up liberals. You are just alienating more people daily with your violent antics.

Leftist protesters then chased her to her car and down the street! The protesters screamed at her and blocked her from entering school.

DeVos has not even been on the job ONE WEEK yet!

LEFTIST PROTESTERS BLOCKED HER FROM ENTERING THE SCHOOL THEN CHASED HER TO HER CAR! This is today’s DEMOCRAT PARTY!

Secretary of Education Betsy DeVos was blocked from coming into a D.C. school today by protesters. pic.twitter.com/rnfAyKgJws

DeVos was reportedly SHOVED!… Then they CHASED HER CAR DOWN THE STREET!

After Sec. @BetsyDeVos was shoved by protesters, stopped from entering a DC school, she got into her car to leave – this is what happened. pic.twitter.com/aLCF0mJngi

Where are the female protesters speaking out against this abuse?

More… They originally blocked her car from entering the school parking lot.