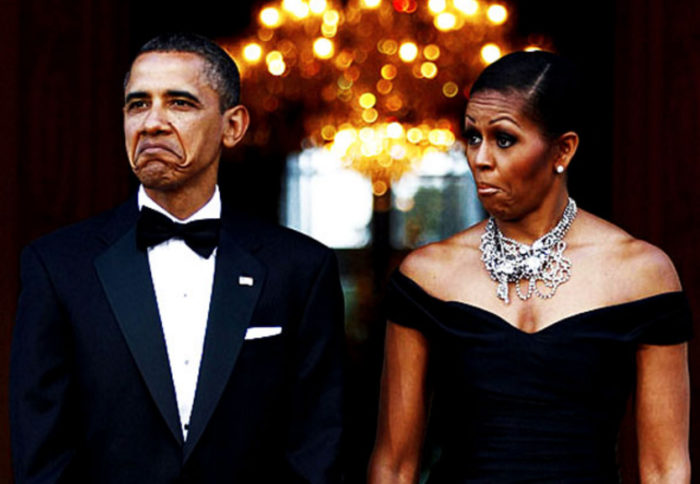 “Barack and Michelle are not on the ballot this time.”

Oddly enough, we don’t recall Michelle’s name ever being on the ballot.

President Barack Obama on Wednesday warned Americans against staying at home on Election Day, saying such a move would be a boon for Donald Trump.

“If you don’t vote, that’s a vote for Trump,” Obama said during an interview on “The Steve Harvey Morning Show” broadcast Wednesday. “If you vote for a third-party candidate who’s got no chance to win, that’s a vote for Trump. So the notion somehow that, ‘Well, you know, I’m not as inspired because Barack and Michelle, they’re not on the ballot this time, and, you know, maybe we kinda take it easy’ — my legacy’s on the ballot. You know, all the work we’ve done over the last eight years is on the ballot.”