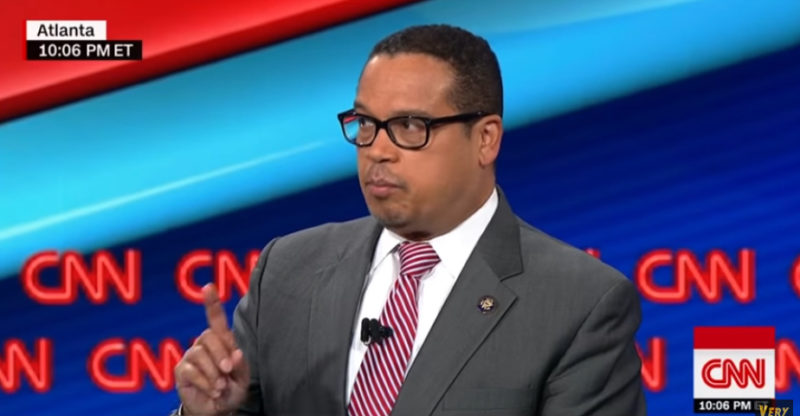 Perfect guy for the DNC chair. Please go ahead and make this racist the DNC chair, and we will have GOP supermajorities for at least the next 20 years! This is exactly what America needs.

Democratic congressman and DNC chair front-runner Keith Ellison once said that “black people don’t live in a democracy” and “don’t have an obligation” to obey the government.

Ellison made the comments at a 1992 protest after white police officers were acquitted in the beating of Rodney King. At least 63 people died in the racially charged riots following the verdict.

Minnesota newspaper the Star Tribune quotes Ellison as telling a group of protesters in Minneapolis that “Black people do not live under a democracy.”

“You don’t have an obligation to obey a government that considers you to be less than human,” Ellison said. More