Keith Ellison & Maxine Waters the winning ticket for the Democrats in 2020! NO core values, no morals. The party of race baiters, ANTIFA, BLM, and baby killers.

TGP: Democrat Rep. Keith Ellison (D-MN) and vice chairman of the DNC said on Friday that North Korean dictator Kim Jong-Un is a “more responsible” leader than President Trump. Ellison’s statement was so egregious that left-wing activists in the audience gasped. 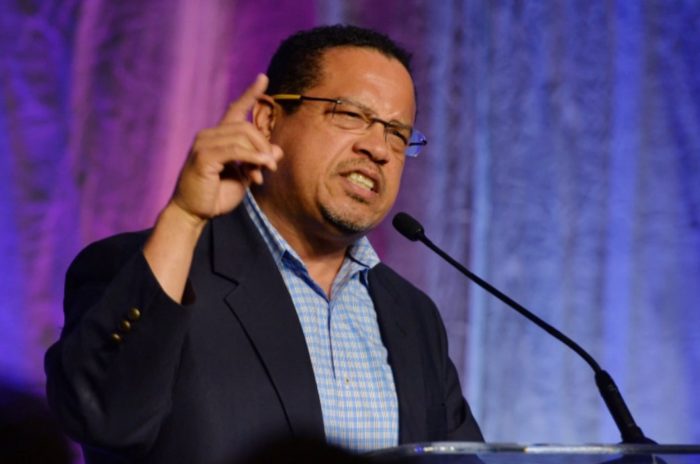 Please please please Democrats, keep this unhinged lunatic at the forefront of your party. Rhetoric like this only helps the Republicans.

The Daily Caller reported: “North Korea is a serious thing. You have this guy making bellicose threats against somebody else who has very little to lose over there,” said during the conference, referring to Trump as making the “bellicose threats.”

“Kim Jong Un? The world thought he was not a responsible leader. Well, he’s acting more responsible than this guy is,” Ellison continued.

Gasps could be heard from the crowd of left-wing activists when Ellison made his remarks.

I followed up w Ellison and he retracted this. https://t.co/rAKsnNUGJf