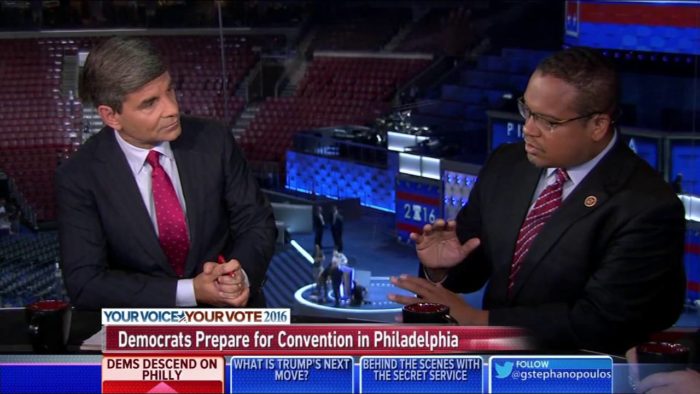 Democrats are always trying to blame everything on Republicans. Rep. Ellison has to be really embarrassed by his mistake.

Democrat dummy of the day…

Wallace is perhaps best remembered as being one of the most strident supporters of segregation in the 20th century. He sought the Democratic nomination for president multiple times, with racist stances as a key of his platform. In 1968, he ran as the American Independent Party candidate and received 46 electoral votes, making him the most recent third-party candidate to capture votes in the Electoral College.

Ellison was attacking Donald Trump when he made his false charge.

“At the same time, we do have the worst Republican nominee since George Wallace,” Ellison said.

Host George Stephanopoulos didn’t correct Ellison and went on to ask Cole a question about whether the Republican National Convention was a success, but Cole first called out Ellison.

“Well, first I want to correct my friend,” Cole said. “George Wallace was a proud Democrat and ran for the Democratic nomination. Via: Free Beacon