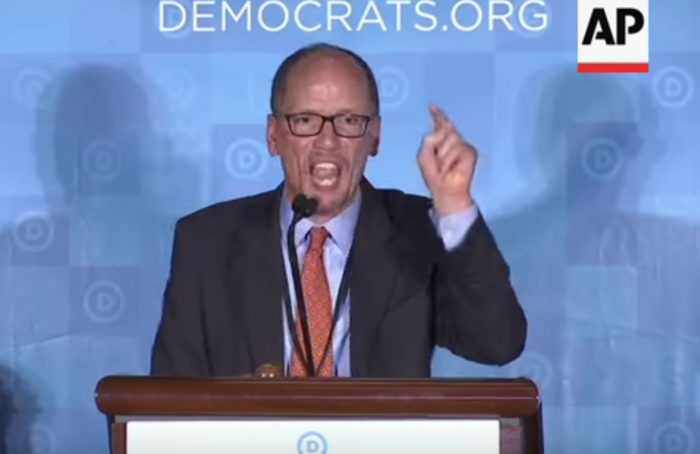 The Democratic National Committee is in total crisis. The DNC requested resignation letters from the entire staff.

Democratic National Committee Chairman Tom Perez has launched a major overhaul of the party’s organization, which has been stung by recent crises — and the DNC has requested resignation letters from all current staffers.

Party staff routinely see major turnover with a new boss and they had been alerted to expect such a move. However, the mass resignation letters will give Perez a chance to completely remake the DNC’s headquarters from scratch. Staffing had already reached unusual lows following a round of post-election layoffs in December.

Immediately after Perez’s selection as party chairman in late February, an adviser to outgoing DNC Interim Chair Donna Brazile, Leah Daughtry, asked every employee to submit a letter of resignation dated April 15, according to multiple sources familiar with the party’s internal workings. More