Translation: Holder pressured a lot of people to drop investigations into Obama, Hillary, the Clinton Foundation, numerous other Democrats and their banker friends and now wants them to continue the cover-up and say they were not pressured and forced to suspend criminal investigations by the AG.

A race-baiting, bottom-feeding rat getting a little “uncomfortable”? 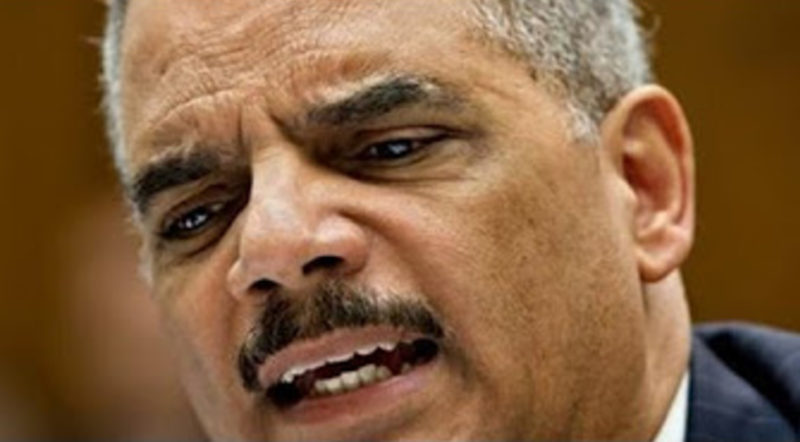 After an 8 year crime spree, also known as the Obama administration, it’s a little difficult to tell who Eric Holder is warning. 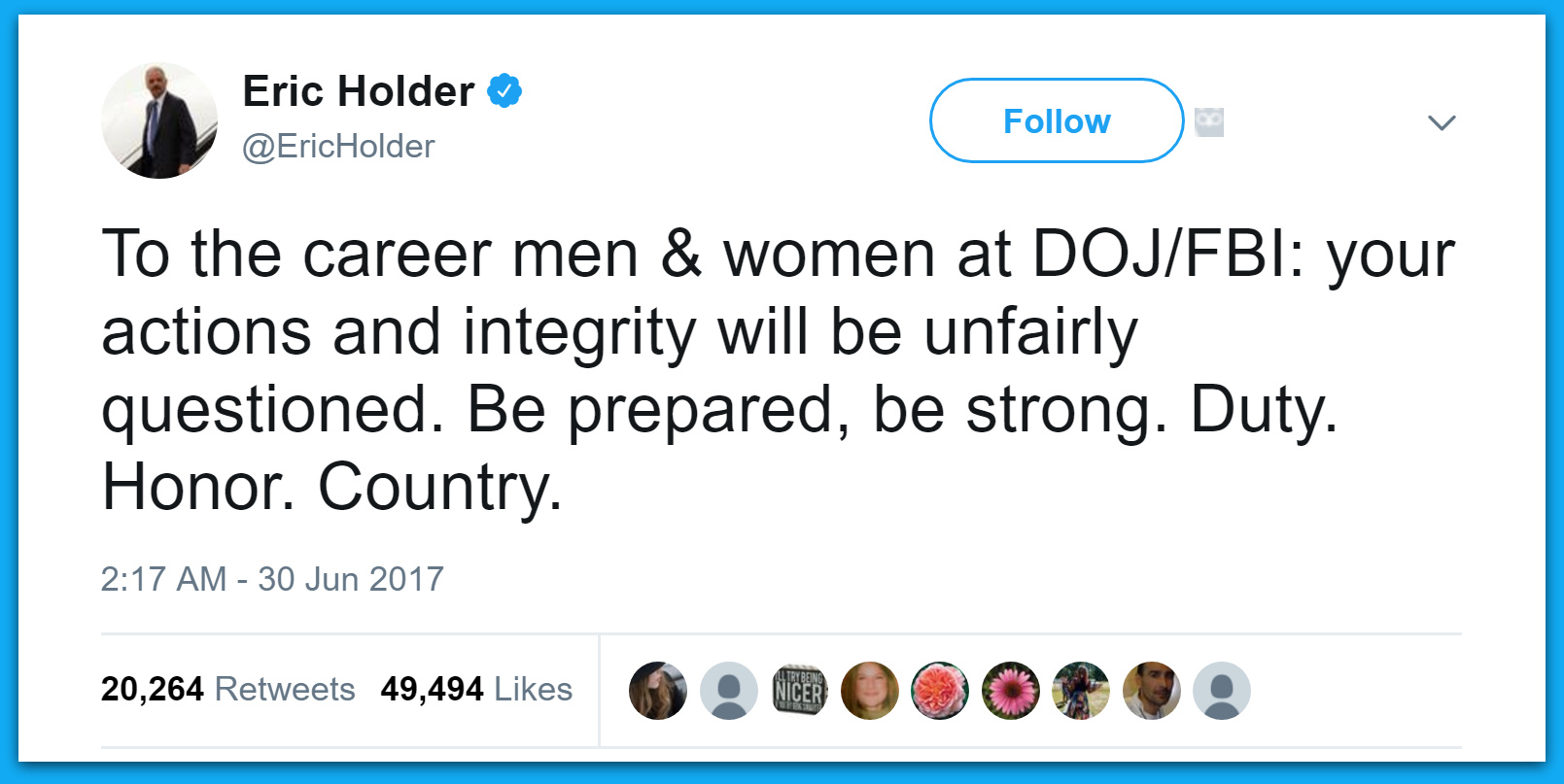 Fired FBI Director, James Comey is under scrutiny for admitting he gave the contents of his memos to a friend who then leaked to the press. Comey also threw Loretta Lynch under the bus when he admitted in a testimony that she directed him to refer to Hillary Clinton’s email investigation as a ‘matter’ in order to downplay the seriousness of the probe.

Acting FBI Director, Andrew McCabe is also under Federal investigation for THREE different inquiries. As previously reported, Andrew McCabe is being investigated by the Office of U.S. Counsel violating the Hatch Act according to a new report by Circa News.

Or could he be warning former NatSec Advisor, Susan Rice who has received backlash for her unmasking scandal? Rice has also just agreed to testify before a House Intel Panel in a closed-door session.

To the career men & women at DOJ/FBI: your actions and integrity will be unfairly questioned. Be prepared, be strong. Duty. Honor. Country.