The only thing this crook Eric Holder should be running for is the Leavenworth librarian.

Who would have believed that there could be an AG more corrupt than Eric Holder, but then came along Loretta Lynch!

We hope he gets the Democrat’s nomination for President and he picks Maxine Waters as his VP.

WZ: Hilarious. Hillary and Uncle Joe will love that. That Fast and Furious problem and contempt of Congress should run well in ads… 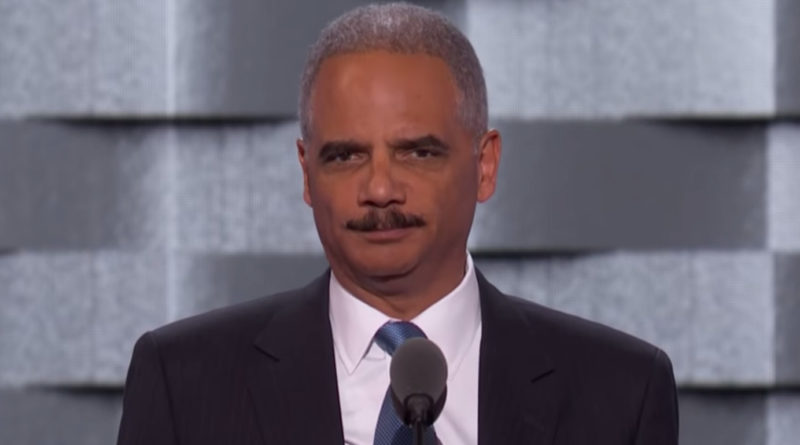 Daily Caller: Former Attorney General Eric Holder is moving away from a behind-the-scenes role and is considering running for president in 2020, according to a Tuesday report from Yahoo News.

“Up to now, I have been more behind-the-scenes. But that’s about to change. I have a certain status as the former attorney general. A certain familiarity as the first African-American attorney general,” Holder told Yahoo News. “There’s a justified perception that I’m close to President Obama. So I want to use whatever skills I have, whatever notoriety I have, to be effective in opposing things that are, at the end of the day, just bad for the country.”

The former attorney general has been working against Trump administration initiatives ranging from crackdowns on illegal immigration to increased prosecutions of drug dealers. More