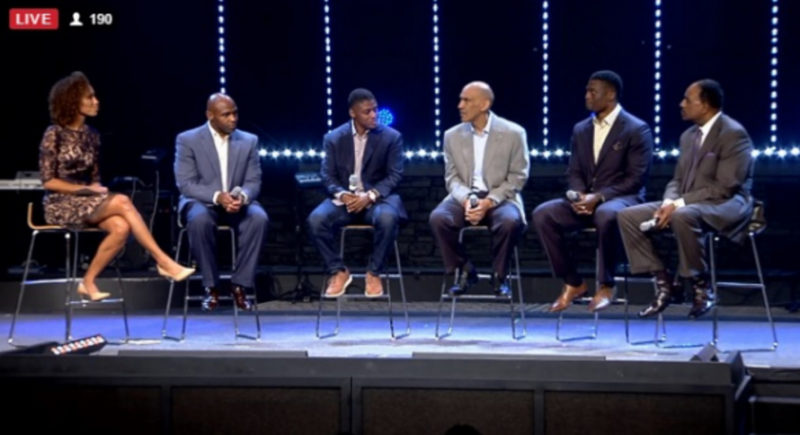 Just you watch and see this lady is going to be the next one they go after because she dared to tell the truth as she sees it. Just a little too much reality for them to handle. This will not go unpunished.

In a talk she gave with Baltimore Ravens tight end Benjamin Watson, ESPN anchor Sage Steele said that black people need to look in the mirror before pointing fingers at other races claiming they are racist.

The event was the “Under Our Skin” forum on race and faith held at the The Crossing Church in Tampa, Florida on Feb. 16, 2017.

“There are times that I believe that we, as African-Americans, can be hypocritical, and that is to not look ourselves in the mirror when we are saying certain things and blaming other groups for one thing when we are doing the exact same thing,” Steele, the lead host of EPSN’s “SportsCenter on the Road” and ABC’s “NBA Countdown,” stated during the “Under Our Skin” forum on race and faith held at The Crossing Church in Tampa that was sponsored by Tyndale House Publishers

“The worst racism that I have received [as a biracial woman married to white man], and I mean thousands and thousands over the years, is from black people, who in my mind thought would be the most accepting because there has been that experience,” the 44-year-old anchor stated. “But even as recent as the last couple of weeks, the words that I have had thrown at me I can’t repeat here and it’s 99 percent from people with my skin color. But if a white person said those words to me, what would happen?” More