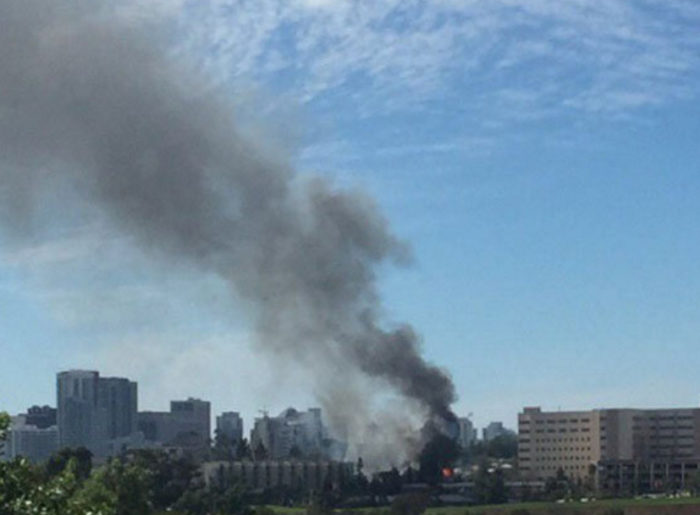 An explosion and gunshots were reported at the San Diego Navy Hospital Monday afternoon. Police later confirmed there was no shooting.

An explosion has hit the San Diego Navy Hospital on Monday afternoon.

The complex was immediately evacuated as emergency services rushed to the scene.

Witnesses reported that around five to six gunshots were heard after the blast – but this was later ruled out. More

Police said the panic was caused by a fire in a construction trailer at the Hospital.

Images posted to Twitter showed smoke rising from the area.

Something’s going on at the navy hospital? pic.twitter.com/gN0YDtt9Lz