Maybe if these community police officers would have been armed they would have stayed and helped but instead they fled like everyone else.

These eyewitnesses told The Guardian’s Lisa O’Carroll that two men started stabbing people outside a restaurant in Borough Market, close to where the first terror attack took place on London Bridge, resulting in multiple fatalities. 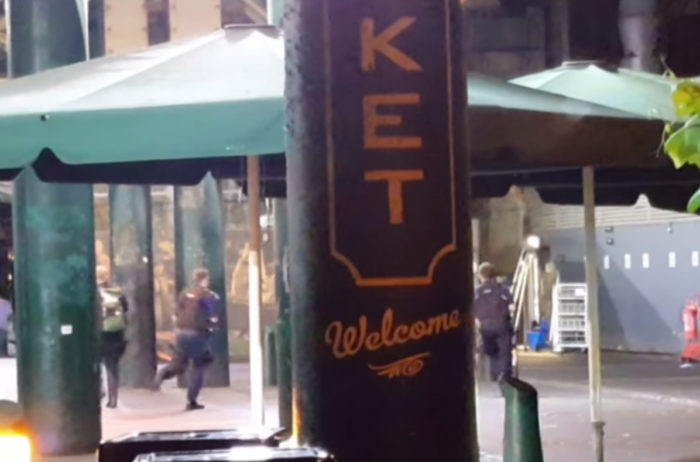 “I saw two guys with big knives downstairs outside Roast. They were stabbing people,” the eyewitnesses said.

Perhaps the most jarring part of the testimony was a report that, instead of running to the stabbing to stop it, the police turned around and ran the other way.

With the police out of sight, onlookers began yelling “stop, stop” and throwing chairs.

But then police arrived at the scene and “shot straight away.”

Police community support officers (PCSOs) operate usually in a paid, full-time role, and while “PCSOs do not have the same powers as regular police officers, they still carry a lot of responsibility, and are a critical part of the police service.”

More than 90 percent of police officers in London do not carry guns and instead carry mace, handcuffs, batons and, on occasion, a stun gun.

Mere hours after the events took place on London Bridge and at Borough Market, Metropolitan Police labeled them as terror attacks.