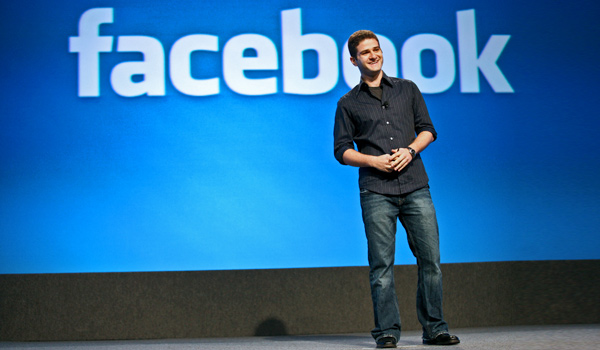 This just further confirms that Facebook is one sided and is all for Hillary, Democrats, and the far left.

A co-founder of Facebook is donating $20 million of his fortune to Democratic coffers in a late and likely consequential move to help defeat Republican candidate Donald Trump in the 2016 presidential election.

The funds are a surprising infusion of cash from an individual who has never before been active in politics.

Dustin Moskovitz, a Silicon Valley entrepreneur with a net worth of more than $10 billion, announced early Friday that he and his wife would make a historically large donation to a half-dozen Democratic groups, including those backing Hillary Clinton. The donations, once issued, will make Moskovitz the third most generous donor in the 2016 campaign.

“This decision was not easy, particularly because we have reservations about anyone using large amounts of money to influence elections,” Moskovitz and his wife, Cari Tuna, wrote in a post on Medium. “We hope these efforts make it a little more likely that Secretary Clinton is able to pursue the agenda she’s outlined, and serve as a signal to the Republican Party that by running this kind of campaign — one built on fear and hostility — and supporting this kind of candidate, they compel people to act in response.”

Moskovitz said $5 million would go to a super PAC run by the League of Conservation Voters, an environmentalist group running advertising and canvassing campaigns; and another $5 million to For Our Future PAC, an effort by organized labor and environmentalists to run a consolidated, high-powered field program.
Other donations will be split between a joint fundraising committee for Hillary Clinton; the Democratic Congressional Campaign Committee; the Democratic Senatorial Campaign Committee; a political arm of MoveOn.Org; Color of Change PAC; and “several nonpartisan voter registration and GOTV efforts.”
Though Democratic groups are not hurting for cash, the September gifts could potentially open new avenues for Democratic groups looking to recapture control of Congress or defeat Trump. And the sheer size of the gift will make the 32-year-old one of the most sought-after and unlikeliest donors in the 2016 campaign. More