This is not news to those of us who understand how fascistbook works.

Oh, what a tangled web we weave. I hope they go after them for targeting, shadow banning, and censoring conservatives as well.

Federal investigators have started probing Facebook’s use of personal data after reports surfaced that Cambridge Analytica ‘improperly gained access to the data of more than 50 million users.’ 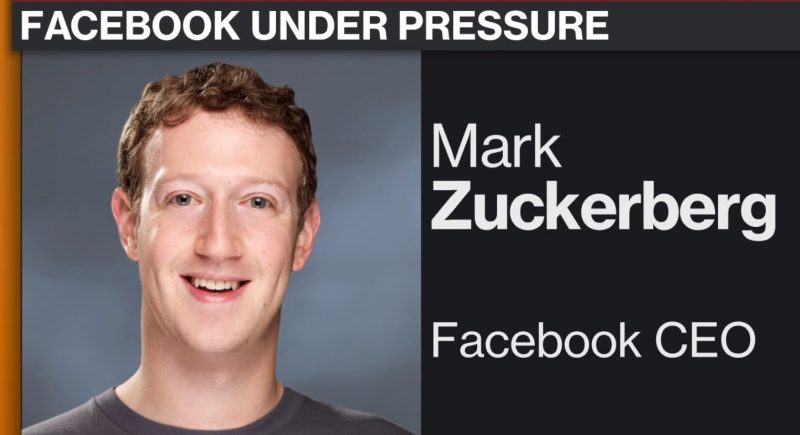 The U.S. Federal Trade Commission is investigating whether the use of personal data from 50 million Facebook users by Cambridge Analytica violated a consent decree the tech company signed with the agency in 2011, Bloomberg reported Monday. […]

“We are aware of the issues that have been raised but cannot comment on whether we are investigating. We take any allegations of violations of our consent decrees very seriously as we did in 2012 in a privacy case involving Google,” a spokesman for the FTC said Tuesday.

A violation of the consent decree could carry a penalty of $40,000 per violation, which could mean a fine conservatively estimated to be “many millions of dollars in fines” for Facebook, The Washington Post reported over the weekend, citing a former FTC official.

“We reject any suggestion of violation of the consent decree. We respected the privacy settings that people had in place. Privacy and data protections are fundamental to every decision we make,” the social network giant said in a statement to the Washington Post over the weekend.

Facebook’s stock fell during pre-trading on reports of the probe.

Despite the media hoopla, reports of parties improperly obtaining Facebook user data is not a new phenomenon.

On Sunday, a former Obama campaign official admitted that Facebook allowed the Obama campaign to mine data from the social media giant because “they were on our side.”

In a Sunday tweet thread, Carol Davidson, former director of integration and media analytics for Obama for America, said the 2012 campaign led Facebook to “suck out the whole social graph” and target potential voters. They would then use that data to do things like append their email lists. 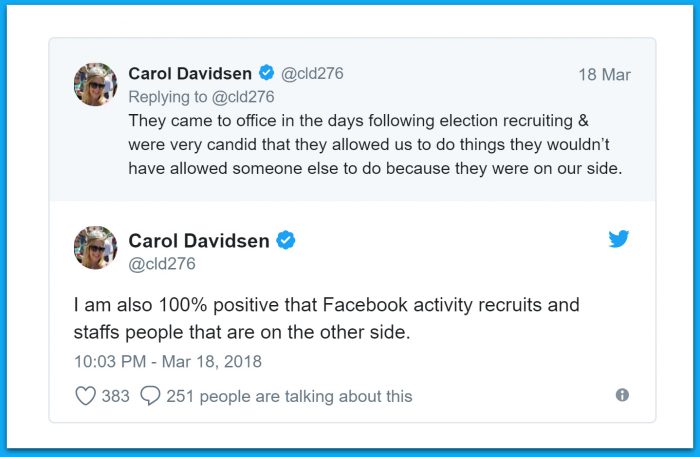