CNN is nothing more than dishonorable and loathsome propagandist and thankfully most Americans see it for what it really is. When they make an issue of something so insignificant they undermine their credibility.

Why should we believe them on more serious issues when they are so blatantly biased?

TGP: The liberal Trump-hating mainstream media is pushing more #FakeNews on Donald Trump today during his historic trip to Asia. They want so desperately to paint the US president as some kind of rude American jerk. And they won’t stop at anything to push their agenda. 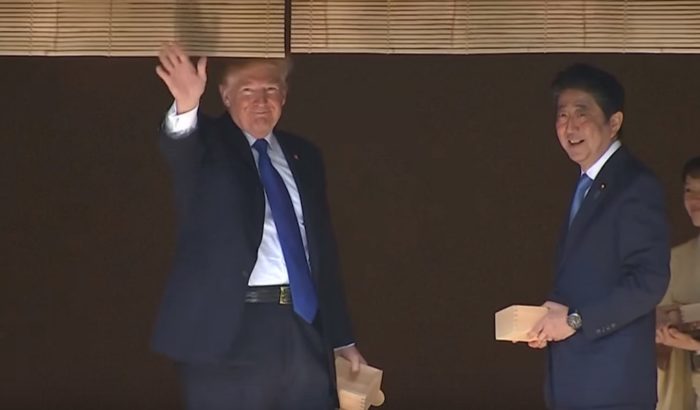 Trump and Prime Minister Abe took time out to feed the koi in Japan. President Trump dumped his box of fish food in the pond.

The media even tried to turn this moment into a Trump-bashing incident.

Verified libtards made up a fake story about Trump being terrible for emptying a box of fish food when Abe did the same.

CNN claimed Trump got impatient and dumped his box into the pond.

They cropped in on the president for the shot.

But President Trump actually was following Japanese Prime Minister Abe in dumping his box into the pond.

IOTW Report has the full video:

The liberal media will stop at nothing to trash President Donald Trump.

Legal Fail: Podesta Tries To SHUTDOWN Tucker By Threatening Lawsuit... Shapiro Lays It All Out