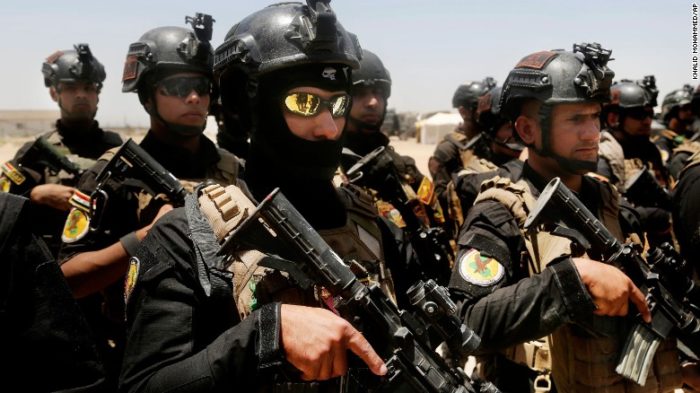 Families are fleeing to displacement camps where they don’t know what it going to be waiting for them. How long until the coalition pushes ISIS out? How long before ISIS takes it back over?

Suad had feared for so long that she would die. A mother in Falluja, Iraq, her city has been at the center of war for more than a dozen years and now it is the epicenter of a battle between ISIS and Iraqi and Kurdish forces backed by the United States-led coalition.

The coalition’s push to take Fallujah from ISIS, which began late Sunday, prompted ISIS gunmen to go door to door in the city and yank men, their wives and children from their homes.

ISIS “kept moving us from one damaged, deserted house to another,” Suad said. She, her husband and her children ran as fast as they could to avoid being shot in the crossfire.

“We tried going back to our house, but when we saw lots of other families fleeing we joined them,” she said. “I was carrying my 2-year-old daughter, Hana, as I ran barefoot to reach the other families. My husband was behind us all the time trying to catch up with us as he can’t run. That’s how we left, taking nothing with us, not even our money. I even forgot to take my mobile phone.

Hundreds of people like Suad and her family have fled the city and its surroundings since the Falluja offensive began last week. More than 500 families have arrived in displacement camps outside the city, the Norwegian Refugee Council said, including almost 300 since Sunday afternoon alone. All the recent arrivals are from Jumeila on the city’s outskirts.

Long struggle looms in battle for ISIS heartland “We feel safe here now,” Suad said. “My children are getting food, and my husband is getting treatment in (the) hospital. I can’t think of anything beyond that. Arriving here safely was what mattered, and it’s a big relief.” But danger remains. Water shortages in the camps are an increasing concern.

“Last night we’ve had the biggest number of displaced families reaching us so far,” said Nasr Muflahi, the Council’s country director in Iraq.

“Our resources in the camps are now very strained, and with many more expected to flee we might not be able to provide enough drinking water for everyone,” Muflahi said. “The priority remains providing safe exits for at least 50,000 civilians believed to be trapped in the center of Falluja. We expect bigger waves of displacement the fiercer the fighting gets.” More