Far left violent Antifa mobs rioted in three Major US cities (Portland, Providence, and Berkeley) and not one MSM outlet reported on the true nature of the widespread violence…

Everyone knows the MSM is the leftist propaganda arm of the democratic party and they will not report on the violent tactics of their leftist street soldiers because it doesn’t fit into their narrative. This is why the public despises the MSM. 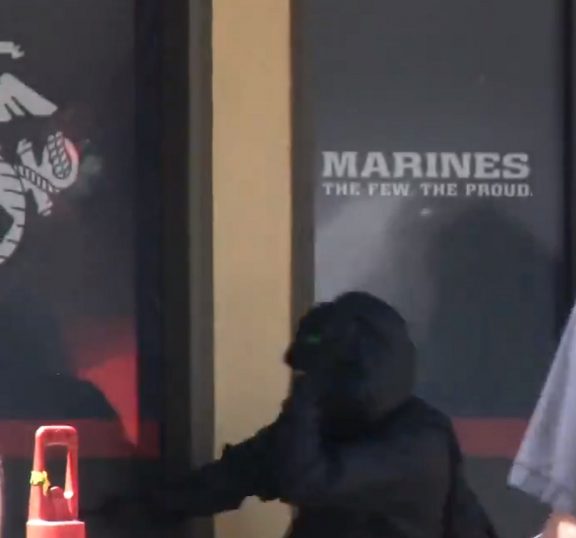 NOT ONE national mainstream media outlet carried reports on left-wing violence in three major US cities this weekend.

The US liberal mainstream media demands the American public trust them. Yet, these same outlets blame conservatives for rioting Antifa mobs or they totally ignore the violence by the left.

Maybe President Trump was right when he called the liberal media the “enemy of the people”?

Portland, Providence and Berkeley all experienced Leftist violence and the MSM covered NONE of it.

Journalism is dead in America.https://t.co/5jpnkwPhug via @gatewaypundit

Antifa RIOTS In 3 Major US Cities; NOT ONE Mainstream Outlet Reports on the Widespread Leftist Violencehttps://t.co/wAsdevRCyx#MAGA #Trump #NRA #2A #DeepState = #DOJ #FBI #CIA

The fake media seems to think that if they don’t report it, it didn’t happen.

How sad for them that the internet exists.

Now we can post videos of disgusting Democrat violence.#WalkAway from the hate. https://t.co/fodeNE41t5

⁦@CNN⁩ 🤔 we see your thugs&we still show restraint ours isn’t a message of violence for our God is a true loving God but when his wrath is sent upon the wicked there will be nowhere to hide from it #FreeInfoWars #IBOR #FECC ⁦@POTUS⁩ WERE HERE https://t.co/3bwpFREKSO

Because MSM are in support of them!
FAR LEFT MOBS RIOT In 3 Major US Cities — NOT ONE Mainstream Outlet Reports on the Widespread Leftist Violence https://t.co/sogRwnynw6 via @gatewaypundit