Swamp Creatures have no boundaries when it comes to their devious plots to control the American people. There has got to be action taken against this to hold people accountable.

What good does it do for Congress to expose this kind of corruption and then nothing do nothing about it? So tired of these corrupt officials getting free passes.

100%FedUp: Members of a congressional committee ripped Obama and his attorney general for covering up an investigation into the death of Border Patrol agent Brian Terry. Terry was killed as a result of a botched government gun-running project known as Operation Fast and Furious. 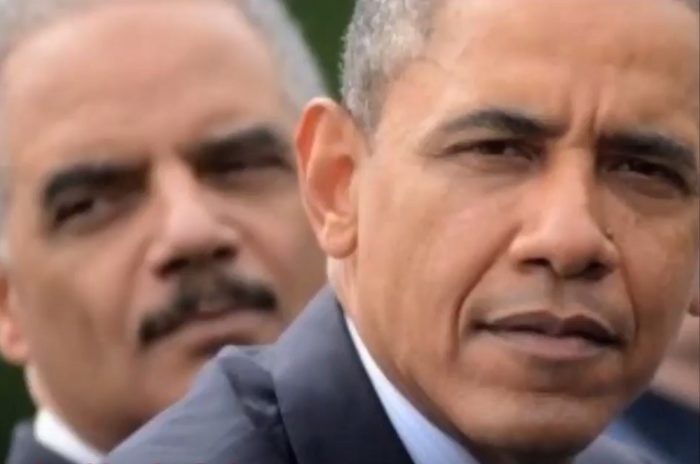 The House Oversight Committee also Wednesday released a scathing, nearly 300-page report that found Holder’s Justice Department tried to hide the facts from the loved ones of slain Border Patrol Brian Terry – seeing his family as more of a “nuisance” than one deserving straight answers – and slamming Obama’s assertion of executive privilege to deny Congress access to records pertaining to Fast and Furious.

Senator Grassley accused the DOJ and ATF officials of obstructing the investigation and working to silence ATF agents who informed the Senate of Fast and Furious: “The Department of Justice and ATF had no intention of looking for honest answers and being transparent. In fact, from the onset, bureaucrats employed shameless delay tactics to obstruct the investigation.”

One of the silenced ATF agents, John Dodson, testified Wednesday that he remains “in a state of purgatory” since objecting to Fast and Furious and has been the subject of reprisals and ridicule at the agency: “That decision, the single act of standing up and saying, ‘What we are doing is wrong’… instantly took my standing from being that of an agent of the government – to an enemy of the state. ATF and DOJ officials implemented an all-out campaign to silence and discredit me. Suffice to say, the last six to seven years at ATF have not been the best for me or my career.”

Grassley’s and Dodson’s testimony reinforced findings of the report, which states that the Justice Department knew before Terry’s death that the ATF was “walking” firearms to Mexico and knew the day after the agent’s death that Fast and Furious guns were involved in the shootout — despite denying these facts to the media. It goes on to state that the Justice Department’s internal investigation focused more on spinning the story to avoid negative media coverage than looking into lapses by either the DOJ or ATF.

The whistleblower testimony is especially compelling at the 42:00 point of the video:

Several emails revealed in the report appear to indicate that some Justice Department staffers were working to keep information from political appointees at the department.

“I don’t want to jinx it but it really is astounding that the plan worked — so far,” former Deputy Attorney General James Cole wrote in an email to Holder, according to the report.

The report also says that Holder’s Justice Department stonewalled inquiries from Sen. Chuck Grassley, R-Iowa, and deceptively told him that the “ATF makes every effort to interdict” firearms purchased by straw buyers.

“There are important reasons for not giving Grassley everything he is asking for: it would embolden him in future fights and would ‘use up’ a lot of the material that we will eventually need to release to (California Rep. Darrell) Issa . . . as the oversight struggle continues,” the Office of Legislative Affairs Assistant Attorney General Ron Welch said in an email to DOJ colleagues.

Border Patrol Agent Brian Terry died in a gunfight between Border Patrol agents and members of a six-man cartel “rip crew,” which regularly patrolled the desert along the U.S.-Mexico border looking for drug dealers to rob.

Sean Hannity Goes Off: ‘James Comey Is Nothing More Than A Partisan, Political Hack’ (Video)