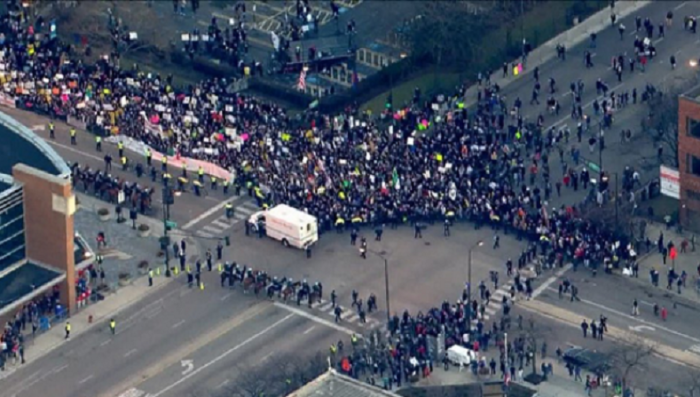 Early Tuesday morning, Paul Joseph Watson reported that the father of a four-year-old girl died because anti-Trump protesters blocked roads, delaying the ambulance carrying the man to the hospital, citing a post on Facebook.

“I have to unfacebook for a few days. I had a patient die during a transfer last night because our ambulance was stopped by protesters and had to drive an extra 45 minutes around the blocked roads,” the Facebook post said.

“I can’t today. They can give their f**king safety pins to my patient’s fatherless 4 year old daughter,” the post added. 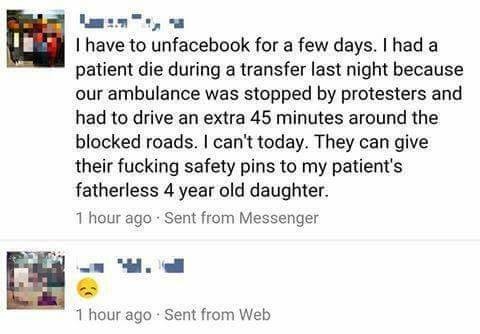 The safety pins mentioned in the post refer to safety pins being displayed by liberals upset that Donald Trump won the election.

The report of anti-Trump protesters blocking an ambulance has not been verified, but it’s not unlikely given that anti-Trump demonstrators have blocked roads in numerous cities and states, including the I-94 in Minneapolis, the I-5 in Portland, numerous freeways in Los Angeles, a major highway in Phoenix, and the I-95 in Miami.

During the DNC-sponsored violent shut down of Donald Trump’s rally in Chicago back in March, anti-Trump agitators were caught on camera blocking an ambulance outside the UIC Arena.

Noted Constitutional Scholar Barbra Streisand Urges Obama To Do This!