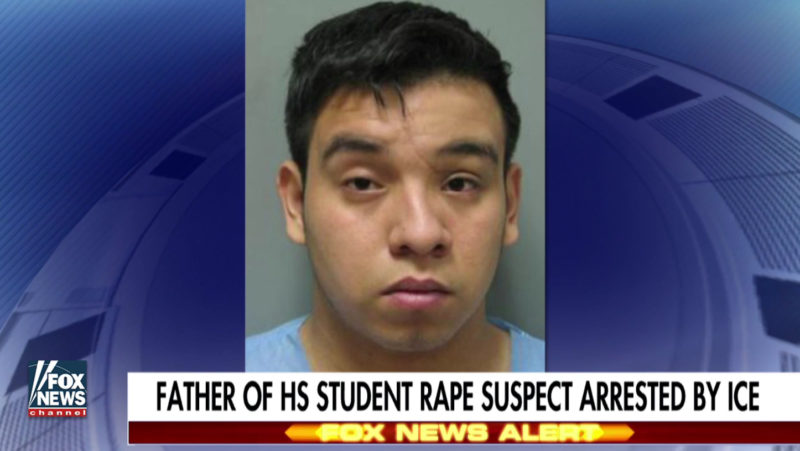 The father of an 18-year-old Maryland high school student charged with raping a classmate was arrested for being in the country illegally, U.S. Immigration and Customs Enforcement officials said.

A review of his immigration history “revealed he was unlawfully present” in the U.S. from Guatemala.

His son, Henry Sanchez-Milian, is one of two teenagers charged with first-degree rape and first-degree sexual offenses after a 14-year-old girl accused them of forcing her to have sex in the boy’s bathroom at Rockville High School in Montgomery County. More