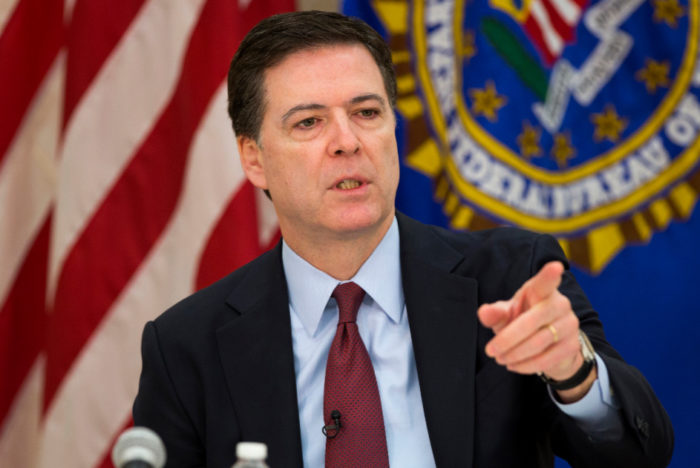 It must have taken a lot for these courageous FBI agents to speak out. It has to be totally humiliating to be an FBI agent working for an agency that is supposed to root out all corruption. Then to find out that your boss is beyond corrupt.

FBI agents say the bureau is alarmed over Director James Comey’s decision to not suggest that the Justice Department prosecute Hillary Clinton over her mishandling of classified information.

According to an interview transcript given to The Daily Caller, provided by an intermediary who spoke to two federal agents with the bureau last Friday, agents are frustrated by Comey’s leadership.

“This is a textbook case where a grand jury should have been convened, but was not. That is appalling,” an FBI special agent who has worked public corruption and criminal cases said of the decision. “We talk about it in the office and don’t know how Comey can keep going.”

The agent was also surprised that the bureau did not bother to search Clinton’s house during the investigation. More